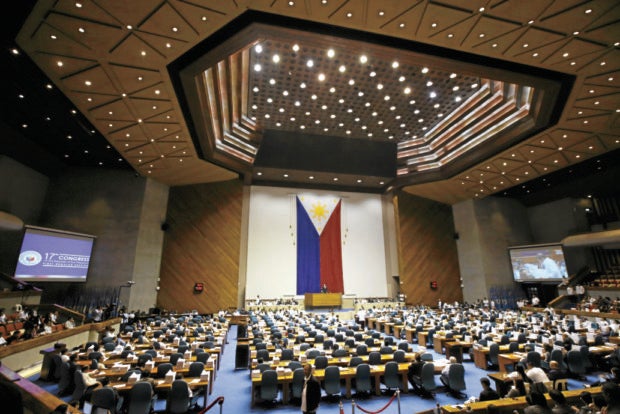 The House of Representatives would not shy away from its duty to order the arrest of the three Court of Appeals (CA) justices who granted the privilege of the writ of habeas corpus of six Ilocos Norte provincial government officials held in contempt in connection with the House inquiry on the alleged tobacco funds misuse, Surigao del Sur Rep. Johnny Pimentel said Sunday.

In a radio interview with dzBB, Pimentel, who chairs the House Committee on Good Government and Public Accountability, which is conducting the probe, said the House would be compelled to order the magistrates’ arrest “if worse comes to worst.”

The legislature and the judiciary could very well be heading for a showdown if the CA would insist on its grant of the writ of habeas corpus to the so-called Ilocos Six, Pimentel said.

“Yes, it will (be headed for a showdown),” he said. “Kasi after ng show cause order, they will have to explain why they should be cited for contempt. If we are not satisfied with their answer, then we will cite them for contempt and warrant of arrest will be issued for them.”

Asked if the House would be forced to order their arrest if it is not satisfied with their explanation, Pimentel said: “That is the scenario – kung worse comes to worst.”

Pimentel said the three justices – Stephen Cruz, Edwin Sorongon, and Nina Antonio-Valenzuela – could avoid arrest if they would inhibit themselves from the case as prayed for by the House of Representatives, adding that the Court of Appeals had no jurisdiction over Congress.

“From the very beginning po, mali po talaga yong pag issue nila ng release order kasi po, sabi nga, the power of contempt is not subject to judicial review,” Pimentel said. “Nag-issue sila ng release order. The House of Congress did not recognize the decision because we are not part of their jurisdiction.”

He said he would soon meet with Speaker Pantaleon Alvarez to request for more detention rooms, especially if the House committee would be forced to order the arrest of the appellate justices and the two Marcoses – Ilocos Norte Gov. Imee Marcos and former Sen. Ferdinand “Bongbong” Marcos Jr.

Pimentel raised the possibility of ordering the arrest of the Marcos siblings for contempt for disobeying the House subpoena ordering the governor’s attendance in the inquiry.

The governor earlier said her brother advised her not to attend, a possible offense of disobedience to summons and liable for contempt, Pimentel said.

Alvarez earlier said the House might be forced to file an impeachment case against Chief Justice Maria Lourdes Sereno for allegedly ordering the CA to defy the show-cause order asking three CA justices to explain why they should not be cited for contempt.

In calling for the probe, Fariñas alleged that about P66.45 million tobacco funds were used to purchase minicabs, buses and minitrucks for the different Ilocos Norte municipalities, even though the law – Republic Act 7171 – that imposed the tax on Virginia cigarettes states that the excise tax should be used for livelihood projects and infrastructure projects benefiting tobacco farmers.

The House inquiry into the tobacco funds mess implicating Marcos is setting the stage for the 2019 elections where a face-off is expected between Marcoses and Fariñases, Ilocos Norte’s most prominent political clans asserting dominance over the province. /atm