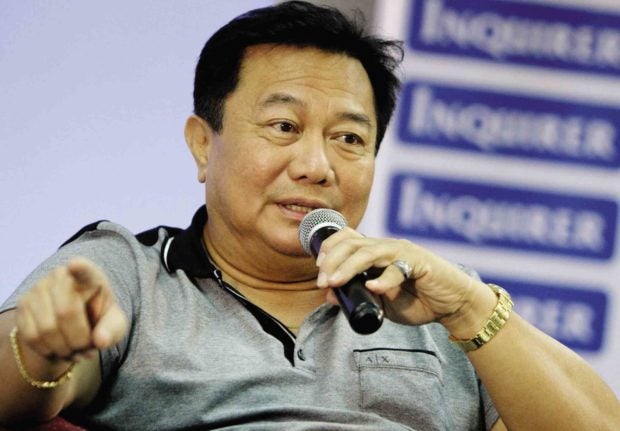 MAASIN CITY – Speaker Pantaleon Alvarez announced on Sunday the possible filing of an impeachment case against Chief Justice Maria Lourdes Sereno if it could be proven that she had ordered the Court of Appeals (CA) to defy the show-cause order asking three CA justices to explain why they should not be cited for contempt for granting the petition for habeas corpus of the so-called Ilocos Six.

Alvarez, who was here to administer the oath-taking of new members of the Partido Demokratiko Pilipino-Lakas ng Bayan (PDP-Laban), said he had received a report that Sereno had ordered the CA to defy the show-cause order.

“If we found it to be true then we will discuss it in Congress for a possible impeachment case,” he said.

The House of Representatives has been locked in a standoff with CA Associate Justices Stephen Cruz, Edwin Sorongon, and Nina Antonio-Valenzuela after they ordered the release of the Ilocos Norte officials detained by the House for refusing to answer questions about an alleged anomaly involving the purchase of P66.45 million worth of vehicles, using funds from tobacco excise taxes.

In his speech, Alvarez announced the postponement of the barangay and SK elections this year.

“To all barangay officials who are here will be happy with this news that there will be no elections and that the barangay chairman will just be appointed,” he said.

When asked to elaborate, he told the Inquirer that they would legislate the postponement and discuss when it would be held. /atm