Duterte gets high grades for relocation of Yolanda survivors 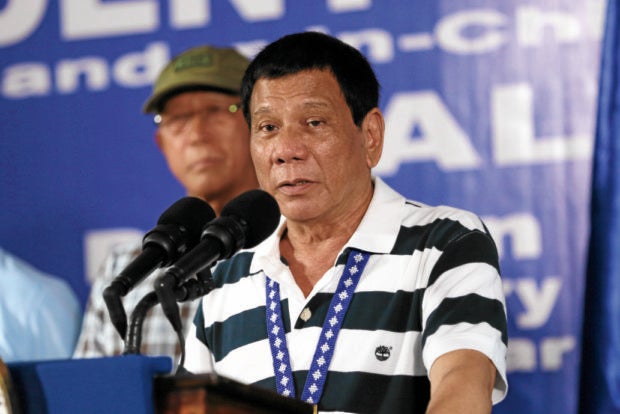 TACLOBAN CITY — President Rodrigo Duterte is getting high grades from officials of this city and the province of Leyte for doing what his predecessors had fallen short of—moving families displaced by Supertyphoon “Yolanda” (international name: Haiyan) to new homes at a quicker pace.

The new houses were at resettlement sites north of this city, which had become ground zero of Yolanda, the strongest typhoon to hit land in recent history.

For this alone, Romualdez said she and the people of the city are grateful to Mr. Duterte.

“During his visit to Tacloban last Jan. 25, he promised he would move our internally displaced families to their new homes,” Romualdez said.

“And we’re able to move 4,000 families. That alone says much about his administration. That is why we’re very, very grateful to the President,” she said.

During his visit on Jan. 25, the President directed the National Housing Authority and other government agencies to rush the relocation of displaced families.

Based on records of the National Housing Authority, as of last month at least 8,339 families had been given new homes, though still short of 14,400 families from the city that needed to be relocated.

Aside from help from the national government, foreign aid agencies had been pouring in cash and donations in kind to communities that suffered the brunt of Yolanda.

But a recent statement made by Mr. Duterte about shunning foreign aid if it came with strings attached had worried officials of some areas hit by Yolanda.

The provincial disaster and risk reduction management officer of Biliran, in an interview in March, had expressed sadness over the President’s statement lambasting the European Union for its criticism of Mr. Duterte’s war on drugs and tying assistance programs to the observance of human rights.