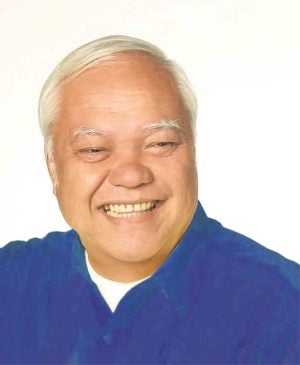 PUERTO PRINCESA CITY—Contractors bidding for government projects in this Palawan provincial capital have cried foul over the city government’s sudden decision to cancel the bidding for a package of infrastructure projects, amid a struggle for the city’s leadership.

Mayor Lucilo Bayron, who was reinstalled last week by the Department of the Interior and Local Government after appealing a dismissal order by the Office of the Ombudsman, ordered on Wednesday the cancellation of the bidding process started by Vice Mayor Luis Marcaida III, who served as mayor from February until last week.

Affected by the cancellation of the final stages of the bidding process were six infrastructure projects worth more than P40 million.

The cancellation was made hours before the scheduled deadline for submission of bids and while representatives of around 20 companies based in Palawan and Metro Manila gathered at City Hall to submit their bid proposals. The city government announced during the meeting that the contractors, who paid fees for participating in the bidding, would get a refund.

The six infrastructure projects had gone through the mandatory posting on the government’s centralized portal Philippine Government Electronic Procurement System and bid conferences under the Marcaida administration and were already in the final stage of bid submissions and evaluation.

“They are setting up these projects to favor their favorite contractors. Even if they said they would refund us the fees we paid for the bid documents, we would incur more losses,” complained one contractor, who asked not to be named for fear of reprisal from the city government.

The members of the bids and awards committee (BAC), however, denied the accusation and said they decided to defer the bidding in order to validate whether the projects were within the budget allocation of the city government.

“We are merely holding it in abeyance, especially for the reason that we want to make sure the city government will be able to use its financial resources properly,” Joey Rabanal, newly designated BAC head, told the Inquirer.

Some contractors, however, suspected that the city government was planning to execute the projects “by administration,” or by itself, “when it has no engineering capacity or equipment.”

The resolution issued by the city government said the Bayron administration wanted to determine its own “economic, technical and financial capability” to undertake the project “by contract or by administration.”

Marcaida, who is set to reassume his elective post as vice mayor after a four-month stint as mayor while Bayron was appealing his dismissal order, earlier vetoed a city council resolution asking for the deferment of the bidding.

Marcaida is contesting a ruling issued last week by the Ombudsman reversing its earlier decision to unseat Bayron over a criminal complaint for serious dishonesty.

Members of the city council, all political allies of Bayron, have denounced Marcaida over the latter’s bid to intervene in the ongoing case against the mayor in the Court of Appeals.