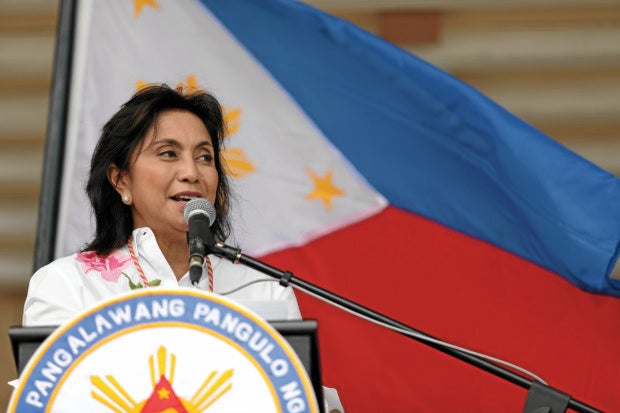 The office of Vice President Leni Robredo was able to spend only P130.7 million — less than two-thirds — of its P220 million budget for financial assistance to indigent Filipinos in 2016, according to the Commission on Audit (COA).

In its annual audit report for the Office of the Vice President (OVP) in 2016, COA said Robredo’s office showed poor absorptive capacity, resulting in underspending that led to “undelivered services that could have benefited more indigents/underprivileged Filipinos.”

The audit agency noted that low absorptive capacity was not unique to the OVP, as “utilization of appropriated financial resources is quite a concern for national government agencies.”

Even so, the COA report showed that Robredo performed better in resource utilization in her first six months than her predecessor Jejomar Binay in his last six months.

Of the OVP’s total expenditures in 2016 of P130.7 million, according to COA, 72 percent or P93.8 million was spent during the second half of the year, from July 1 to Dec. 31, when Robredo assumed office and took over from Binay.

But the agency said the OVP’s underspending meant that many people had missed out on financial aid.

“Had the balance of P89,269,117.24 been utilized for medical assistance, using the maximum amount of P25,000 per request, OVP could have already assisted or sent at least 3,500 cancer patients to chemotherapy sessions or in case of the minimum P3,000 burial services, OVP could have supported additional 29,000 burials,” COA said.

Asked for an explanation, PAD personnel told state auditors that certain conditions hampered the implementation of its program, including problems in completing technical requirements such as having to pay through banks, shortage in manpower, and the transition or adjustment period.

One particular limitation was geographical in nature. “OVP only receives application directly forwarded to their office. Those requiring assistance in the provinces or outside Metro Manila would need to travel to the OVP office” in Quezon City, COA said.

COA auditors also observed some lapses on the OVP’s part in complying with audit requirements, including unliquidated cash advances and excessive meal allowances during official trips.

Cash advances amounting to P185,826.74 were not settled within the prescribed period contrary to COA regulations, the agency said.

A cash advance for foreign travel that was granted to one OVP officer amounted to P73,484.08, which remained unliquidated as of Dec. 31, COA said.

On Jan. 19, a demand letter was sent to the officer to liquidate her cash advance; “however, no response has been received from her,” it added.

COA also noted that some officials and employees who went on official travel claimed meal expenses totaling P103,844 in excess of the allowed daily travel allowance of P800 without the requisite certification from the head of agency that the expenses were absolutely necessary in the performance of their assignment.

The auditors also noted the OVP’s delays, ranging from two to 68 working days, in the submission of its financial reports and documents for audit, contrary to COA regulations./rga