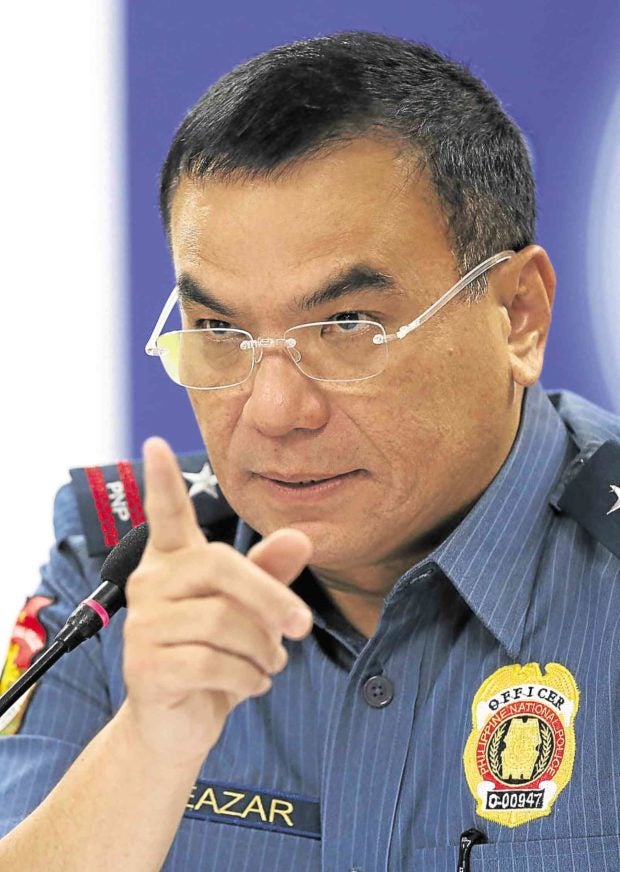 Armed men killed six people separately on Wednesday in Quezon City, bringing to 405 the number of deaths under investigation (DUI) in the city since the start of the government’s war on drugs almost a year ago.

All but one of the cases on Wednesday occurred in areas under the jurisdiction of the Batasan police station which has accounted for 249 (including the six new cases) of the 405 deaths recorded by the Quezon City Police District (QCPD) since July 1. Among the latest victims, only two were believed to be drug suspects.

A report to QCPD director, Chief Supt. Guillermo Eleazar, said that gunshots were heard around 7:45 a.m. on Wednesday near Presidential Street in Barangay Batasan Hills.

A witness later saw two men wearing helmets speeding away from the area on a motorcycle followed by the discovery of the body of Jose Andrew Laurente, 36.

Around 1:05 p.m., Ryan Locsin, 29, was walking on Zuzuaregui Street in Barangay Old Balara, when he was approached by a man who shot him repeatedly.

A security guard told the police that he saw a second gunman pump more bullets into the body of Locsin who was already lying on the ground. The gunmen then boarded two motorcycles and fled toward Commonwealth Avenue.

At 6:20 p.m., a drug suspect who had reportedly just come out of a drug rehabilitation facility was killed by two men wearing hoodies on BF Road corner Santo Domingo Street in Barangay Holy Spirit.

The victim was identified as Edwin Amiling, 31, who was walking when he was shot. Stray bullets wounded two bystanders, Rennel Cabutotan and Jilliane Mae Austria, who were buying food from a nearby store.

Just before midnight, Ronaldo Rivera, 42, was shot dead inside his house on Saint Vincent Street in Barangay Holy Spirit.

Police reports said Rivera was drinking with his live-in partner when someone knocked on the door, introducing himself as a barangay official.

The gunmen barged inside as soon as the door was opened and shot the victim in the head. The police said the suspect fired two more times at the victim before fleeing on a motorcycle with three other men.