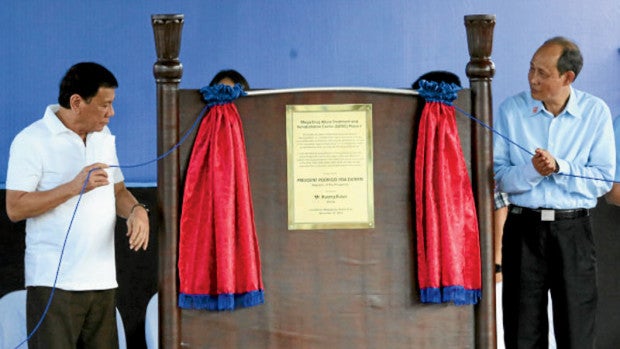 President Duterte said Thursday that he remains grateful to Chinese  billionaire Huang Rulun for his donation of a drug rehabilitation facility in Nueva Ecija, but he would not meddle with China’s decision to investigate the businessman for corruption.

“I would not comment on the domestic affairs of China, especially one who has been kind to us,” Mr. Duterte told reporters in Davao City.

He noted that Huang did not ask for anything in return from him after he donated the 10,000-bed  rehabilitation facility.

“He just wanted to be of service to his fellowmen,” he said.

“I am thankful for his help,” he added.

The Financial Times earlier reported that China was looking into bribery allegations involving Huang, a billionaire who has been removed from his post in the Fujian province political consultative conference.