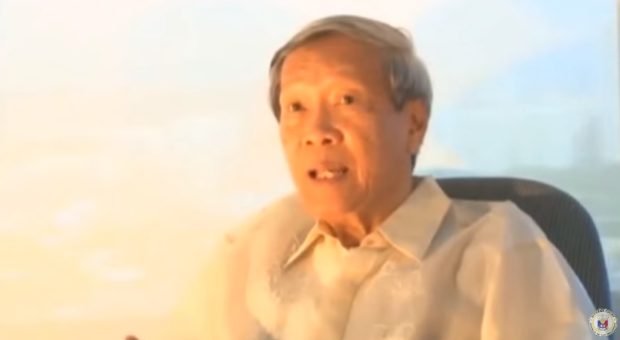 A noted legal expert on Wednesday criticized the House of Representatives for breach of separation of powers between branches of government and for blatant disregard of the constitutional rights of resource persons appearing before any inquiry in Congress.

Former University of the Philippines College of Law Dean Pacifico Agabin said the decision of the House committee to issue a show cause order against Associate Justices Stephen Cruz, Edwin Sorongon and Nina Antonino-Valenzuela is a “breach of the separation of powers of coequal branches of government.”

“It was not proper for the House to issue that order. The congressmen are probably not aware of the expanded definition of ‘judicial power’ in the Constitution,” he said.

Agabin debunked arguments of lawmakers that the CA overstepped its power in issuing the writ of habeas corpus and ordering the release of the Ilocos Six.

Similar to the position taken by the IBP, Agabin cited the Judiciary Reorganization Act of 1980, which gave the CA the “original jurisdiction to issue writs of mandamus, prohibition, certiorari, habeas corpus, and quo warranto, and auxiliary writs or processes, whether or not in the aid of its appellate jurisdiction.”

Agabin, an expert in constitutional law who now teaches at the Philippine Judicial Academy, said Congress must respect the authority of the CA and abide by its orders.

The six employees – Josephine Calajate, Encarnacion Gaor, Genedine Jambaro, Evangeline Tabulog, Pedro Agcaoili Jr. and Eden Battulayan – have been detained by Congress since May 29 after they were cited for contempt. The House Committee on Good Government and Accountability ordered their detention for allegedly refusing to answer their questions on their inquiry about the local government’s purchase of motor vehicles amounting to P66.45 million.

The Court of Appeals Special Fourth Division, on the other hand, has already started its contempt of court proceedings against Speaker Pantaleon Alvarez and House of Representatives Sgt.-At-Arms Lt. Gen. Roland Detabali for disregarding its writ of habeas corpus and orders for the temporary release of the employees.

Chief Justice Ma. Lourdes Sereno and CA Presiding Justice Andres Reyes Jr. earlier issued a statement asking the House to reconsider its show cause order and urging the lawmakers to instead avail of legal remedies under the Rules of Court in questioning the orders of the appellate court.

The 50,000-strong IBP has called on the House of Representatives to recall its show cause order against three Court of Appeals justices who ordered the release of six Ilocos Norte provincial officials being detained in the lower House for contempt.

In a statement, the IBP Board of Governors also urged officers of the House committee on good government and public accountability to exercise sobriety to avoid the conflict between the judiciary and legislative from escalating, saying they should instead uphold the Rule of Law and exhaust all applicable remedies provided by law and the Rules of Court.

“On its part, the Board of Governors strongly urges the House of Representatives to reconsider its position by recalling the show cause order issued against the justices of the Court of Appeals,” read the IBP statement signed by its national president, Atty. Rosario Setias – Reyes.

The mandatory organization of lawyers in the Philippines echoed the appeal issued last week by Chief Justice Sereno and CA Presiding Justice for the House leadership to instead avail of remedies available under the Rules of Law in questioning the orders issued by the CA Special Fourth Division.

“If the House of Representatives is of the position that the grant of bail by the Court of Appeals was done in grave abuse of discretion, the remedy to question the order in a petition for certiorari under Rule 65 that may be filed with the Supreme Court,” the group suggested. JE