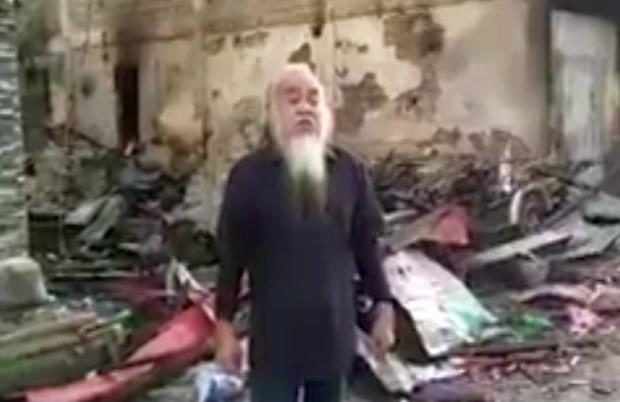 ILOILO CITY — An uncle of a Catholic priest taken hostage by the Maute terror group in Marawi City said it would be up to the Armed Forces of the Philippines and Philippine government to decide whether to agree or not to a prisoner swap as purportedly proposed by Maute group leaders.

“We are not in a position to suggest what should be done. We leave it to the military and government what to do,” said Rufino Larroza, an uncle of Fr. Teresito “Chito” Suganob.

Suganob, vicar general of Marawi City, was among those abducted on May 23 after the Maute group members barged into the Cathedral of Our Lady Help of Christians.

Larroza, Barangay Maite Grande chairman in Lambunao town in Iloilo and a retired soldier, said the sincerity of the Maute group in negotiating for the release of the hostages has not been determined.

He echoed the statement of the Catholic Bishops of the Conference of the Philippines saying that they would leave any negotiations on the release of hostages to the government.

A leader of the Maute group purportedly told intermediaries that they were willing to free Suganob and his companions in exchange for the release of the detained parents and relatives of the Maute brothers.  SFM/rga