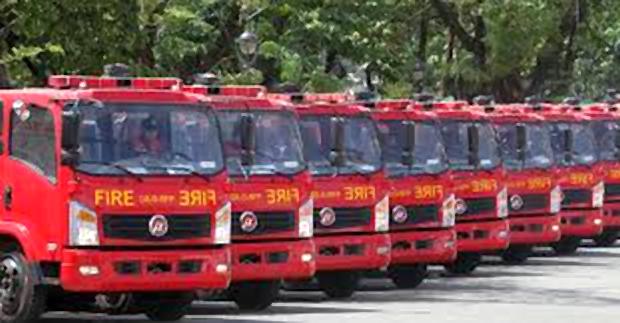 Of the 469 China-made firetrucks purchased in 2015 by the Bureau of Fire Protection (BFP), 176 were defective but had already been repaired.

The supplier, Kolonwel Trading, admitted this in an email sent to the Philippine Daily Inquirer on Monday.

“The records will show that most of the ‘defects’ observed by [Commission on Audit] are not serious,” the supplier Kolonwel said. “Upon notice, Kolonwel’s technicians immediately repaired the six units and they are now in good running condition.”

Kolonwel said fire marshals of the fire stations certified that the firetrucks the received were all serviceable and in good running condition, except for six units.

The company said the 107 units that were reported to be in need of repair by the BFP Director for Operations were all serviceable and in running condition when delivered.

“But due to their use by untrained BFP drivers/crew and also because of the lack of fire stations, some parts of the vehicles were damaged,” it said.

Kolonwel also objected to an audit report saying COA noted “irregularities” in the procurement process when actually the COA merely stated there were “lapses.”

The “lapses,” the COA said in its audit report, included questions over whether the winning bidder was actually 60-percent Filipino-owned, the lack of meticulous and judicious planning, and a post-qualification process exceeding 30 days, contrary to procurement rules.

COA cited faulty parts in 176 firetrucks that were distributed to stations in Regions 1 to 13, as of December 2016, including defective engine relay, starter and ignition switch, leaking water pump gasket, malfunctioning transmission and hand brake, among others.

Some of the firetrucks had wheels that were not aligned, damaged side mirrors, oil leakage, easily-drained battery, and low level coolant, the COA report showed.

In the end, COA said the BFP should demand P52 million in damages or “hold responsible all persons who allowed the release of the full payment of the 469 fire trucks to the [joint venture].”

The contract amounted to P2.577 billion and was awarded to a joint venture between Kolonwell and Hubei Jiangnan Special Automobile Co. Ltd.

But COA said the budget for the trucks was “too low to procure a fast and reliable and efficient fire trucks, compared with the market price of fire trucks of known quality and of international standard.”

COA even compared the deal to the 76 firetrucks bought from Austria which have no defects reported to date.

The deal led some BFP officials to complain that defects of the China-made firetrucks would affect the BFP’s ability to carry out its duties.

But Kolonwel said that was only a “conjecture” of audit team leaders and the COA auditor conceded “the percentage of fire and emergency medical services and rescue calls responded nationwide by the BFP is 100 percent,” it said.

“This factual finding of the COA auditor is more conclusive than the observation (conjecture) of the Audit Team Leaders,” Kolonwel said. /atm