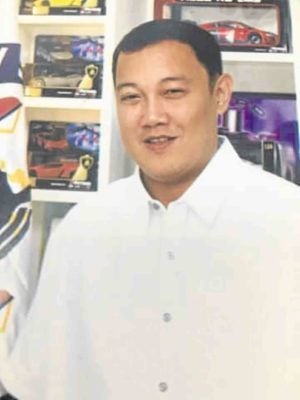 A Pasay City councilor and one of his bodyguards were shot and wounded by still-unidentified gunmen who waited for the local official to come out of a bar early Friday morning.

Borbie Rivera, 39, and his security aide Alex Dominguez, 54, remained under observation in the hospital after sustaining multiple gunshot wounds in the attack outside Titan Z International Entertainment bar on Diosdado Macapagal Boulevard also in Pasay.

SPO1 Giovanni Arcinue, one of the case investigators, said Rivera, Dominguez, and fellow bodyguards Cyril Arce and Jerome Ruiz had just boarded the councilor’s white Toyota Land Cruiser around 4 a.m. when two men drove by on a motorbike and started shooting at the vehicle.

Arce and Ruiz were able to draw their guns and fire back at the attackers, who managed to flee apparently unharmed toward the GSIS compound.

With Arce behind the wheel, the wounded Rivera and Dominguez were brought to the hospital using the bullet-riddled Land Cruiser.

Also found were two bags that were apparently used by the assailants to hide their guns.

Five other vehicles parked nearby were also hit by stray bullets.

According to Arcinue, Rivera was arrested as a suspect in a 2015 murder case but was eventually acquitted.

Rivera was then a barangay chair when he was accused of involvement in the killing Mark Felizardo Baggang in a drive-by shooting incident that also left nine people wounded in Barangay Pio del Pilar, Makati City, in January 2015.

Three months after that incident, he was arrested by members of the Southern Police District on a warrant issued by Judge Winlove Dumayas of Makati Regional Trial Court Branch 59.—WITH A REPORT FROM ERMA EDERA