Napoles: Don’t use pork scam admissions against me in Revilla trial 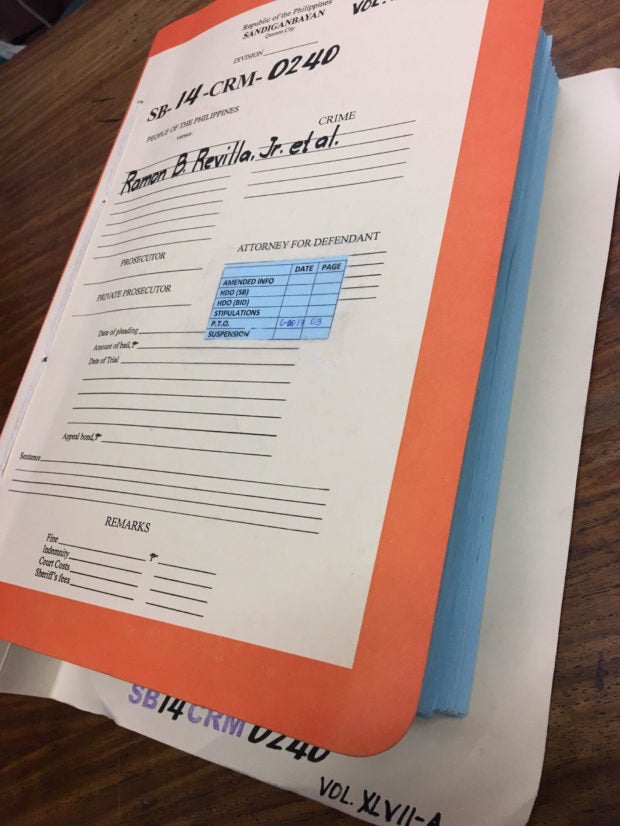 MANILA — Alleged pork barrel scam mastermind Janet Lim-Napoles does not want her admissions in 2014 to be used against her now that she’s about to be tried in the plunder case of former Senator Ramon “Bong” Revilla Jr.

For Napoles, she only executed the sworn statements “in view of” her request to become a state witness, which failed under the Aquino administration.

She even said the affidavits were only for the eyes of former Justice Secretary (now-Senator) Leila de Lima, who submitted the statements to the Senate Blue Ribbon Committee after being subpoenaed.

Thus, on the eve of the first day of Revilla’s trial this Thursday, Napoles asked the Sandiganbayan First Division to exclude her affidavits dated May 12, 2014 and May 26, 2014 from the prosecution’s evidence.

Napoles said Republic Act No. 6981 has provided  that if an application before the Witness Protection Program has been denied, the sworn statements executed then “shall not be admissible.”

“The Office of the Ombudsman and DoJ (Department of Justice) denied the application of the Accused to be a state witness. Such being the case, any sworn statement or other testimony executed by the Accused in view of such application shall not be admitted in any proceeding,” read the six-page motion filed June 20.

She stressed the WPP law has provided for confidentiality of proceedings for admission, adding that “any affidavit submitted by the herein Accused was ONLY given to the DoJ, particularly to the then Secretary, now Senator, Leila M. de Lima and no other agency.”

Napoles said the authenticity of her sworn statements coming from any other agency aside from the DoJ was “doubtful.”

Napoles also invoked her right against self-incrimination under Article III, Section 17 of the 1987 Constitution.

She noted the affidavits contained “statements and narration of facts that will incriminate the herein Accused in the present case.”

Through the May 12 affidavit, Napoles went into full detail regarding the alleged commissions given to legislators accused of diverting their Priority Development Assistance Fund proceeds to dubious foundations linked to her.

The May 26 document, meanwhile, was an extended affidavit that implicated 20 senators, 100 congressmen, and their alleged agents. Napoles claimed there that she learned from former Batanes Rep. Florencio Abad that she needed to establish cooperatives or non-government organizations to profit off the pork barrel funds. 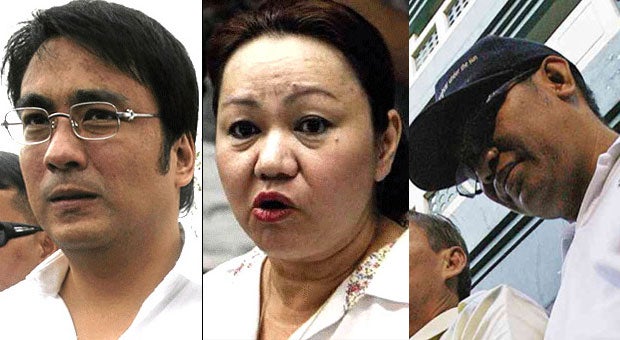 Napoles is finally set to undergo trial for plunder in connection with the congressional pork barrel scam case. Barring any delay, the P224.5-million case against Revilla is scheduled to be the first of the five plunder cases to reach the trial stage.

The anti-graft court has issued produce orders for the attendance of Revilla, Napoles, and the senator’s chief of staff Richard Cambe.

The officers will testify to Revilla’s alleged endorsement for the release of his PDAF proceeds to livelihood projects to be implemented through dubious foundations linked to Napoles.