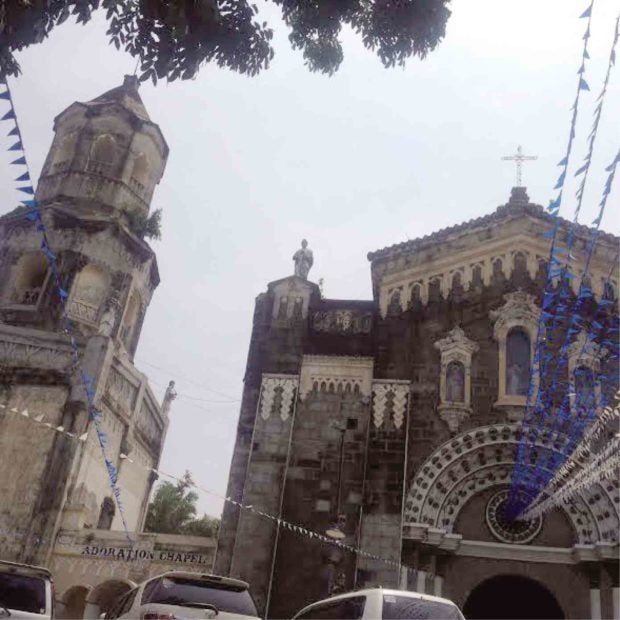 BULAKAN, Bulacan — The Moorish features of this town’s 439-year-old Nuestra Señora dela Asuncion church have earned for it the status of a national cultural heritage site declared by the National Museum of the Philippines (NMP).

With the declaration, the church has become a protected historical site and an important cultural property, Raquel Flores, deputy chief of the NMP’s cultural property division, said in a ceremony here on Thursday.

The declaration recognized “the antiquity, architectural beauty and historicity of the church, the patio, the old
convent (which is now Assumpta Academy), and the ‘camposanto’ (public cemetery),” said Joey Meneses Rodrigo, municipal tourism and information officer.

The church was completed in August 1578.

Jan Jacob Carpio, a researcher of the Institute of Philippine Culture in Ateneo de Manila University, said the church bears the “neo-Mudejar” architecture, referring to the Mudejar art style associated with the Muslim community of Spanish Iberia in the 16th century.

This art style is featured in churches in the cities of Carcar and Naga in Cebu province, he said.

A common Mudejar feature is the trefoil arch decorating the windows on the top level of the church towers. A trefoil is the outline of three overlapping rings.

The Moorish features are also evident on the bell tower and the old hardwood doors.

The church façade also shares the Neo-Romanesque features of churches like the Manila Cathedral and the Santa Lucia Church in Ilocos Sur province, Carpio said.

The National Historical Commission of the Philippines (NHCP) said the church was put up by Agustinian friars.

“It was invaded and destroyed by British forces in 1762. It was rebuilt in 1812. A watchtower was constructed
in 1877. The church was destroyed by earthquakes … and was rebuilt, incorporating Neo-Byzantine features, from 1884 to 1885,” said the marker put up by the NHCP.

In a 1987 book, “Angels in Stone, Architecture of Augustinian Church in the Philippines,” its author, Fr. Pedro Galende, wrote that the church’s mixture of “Baroque, Muslim and premannerist features blends adequately in the façade of the church.”

“The wooden door has Moorish-like geometric designs carved side by side with the cross,” Galende said.

The earthquake on June 3, 1863 left cracks on the walls of the church while another temblor on Oct. 1, 1869 had almost caused the belfry to fall, according to Galende.

He wrote: “Fr. Marcos Hernandez rebuilt the slender
belfry in 1877; Don Ramon Hermosa drew the plans and
Don Jose Fuentes carried out the construction; both belonged to the Association of Civil Engineers.

“In 1880, the town and the church suffered heavily from earthquakes and Fr. Francisco Valdes, who later became bishop of Jaca in Spain, rebuilt the church in 1884 transforming the old classic style into a remarkable piece of Byzantine architecture.”

Gregorio del Pilar spared Nuestra Señora dela Asuncion in 1899 when Gen. Emilio Aguinaldo ordered him to burn all buildings that could be used by American troops after the Philippine-American war broke out. —Carmela Reyes-Estorpe