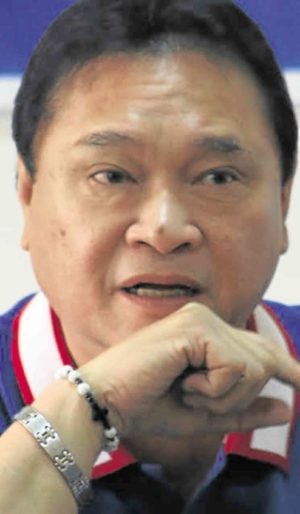 CITY OF SAN FERNANDO — Mabalacat City Mayor Marino Morales, one of the longest-serving town executives in the country, has been unseated but he is still hoping the Supreme Court will stop the Commission on Elections (Comelec) from proclaiming his rival in the May 2016 polls.

Myrvi Fabia, Pampanga director of the Department of the Interior and Local Government, said she installed on Tuesday Vice Mayor Christian Halili as acting mayor after the Comelec en banc affirmed the disqualification of Morales and ordered the proclamation of his closest contender, Crisostomo Garbo.

Halili’s term will last for only a week until the city board of canvassers proclaims Garbo, who garnered 17,710 votes. Morales obtained more than 40,000 votes. The board of canvassers was ordered to convene on June 27 at 3 p.m. at the Comelec national office in Manila.

The Comelec’s first division disqualified Morales in August 2016, after concluding that he had exceeded the three-term limit for local officials.

Morales said the term limit did not apply to him because his previous term in office was as mayor when Mabalacat was still a town. He said he was elected as city mayor for a second term.

In May, the Comelec en banc affirmed the division’s resolution.

Morales has turned to the Supreme Court, seeking a temporary restraining order against the writ of execution by the Comelec.

Garbo is a former vice mayor of Mabalacat and provincial board member. —TONETTE OREJAS