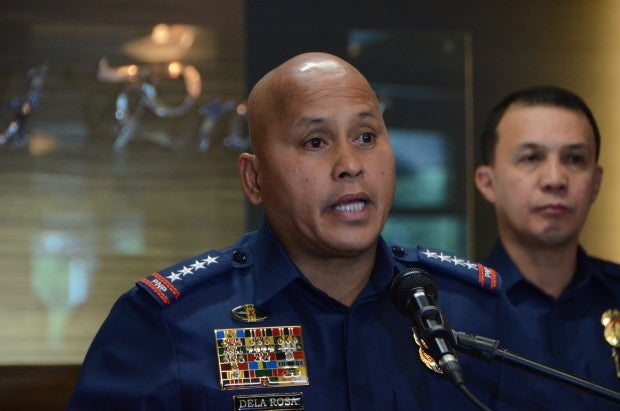 CALAMBA CITY — When it comes to peace, Philippine National Police Director General Ronald “Bato” dela Rosa is not shutting the doors to the communist New People’s Army (NPA), even after the rebels’ raid of a police station in Iloilo.

Dela Rosa, however, questioned the rebels’ “seriousness” about its offer to cooperate with the government in fighting terrorist groups and said that the NPA “exploited” the situation in Marawi City when they carried out the Sunday’s attack.

“I don’t know if they are really serious. Because if they were, they should have not done something like that,” dela Rosa said Monday at the commemoration of the 156th birth anniversary of national hero Jose Rizal, here.

Negotiators from the government and the National Democratic Front agreed to halt offensives in light of the ongoing fight against the Maute Group in Mindanao.

However, on Sunday, NPA rebels stormed a police station in Maasin town Iloilo and seized the police’s high-powered firearms, gadgets, and a patrol vehicle. This happened a day after 428 soldiers from the Philippine Army were pulled out of Iloilo to reinforce state troops in Marawi City.

Not a single shot was fired during the raid and no one was reported hurt.

“They (NPA rebels) exploited the situation where (government) forces are weak in that area,” dela Rosa said.

Even so, Dela Rosa said this was not reason enough for the government to back out of the peace negotiation.

“To me, it’s difficult to close an avenue for peace through peace talks. We remain open although sometimes we lose our trust in them,” he said.  SFM