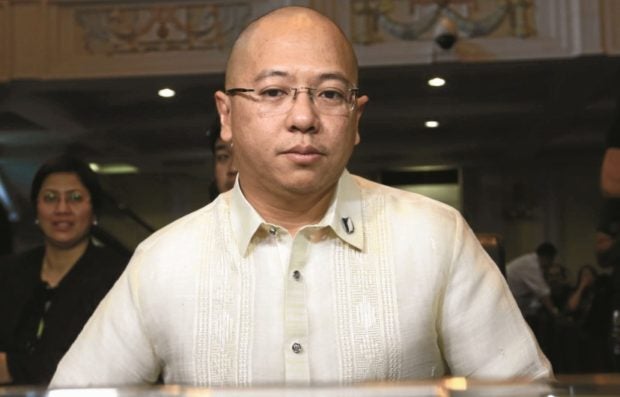 When the Supreme Court hands down a decision on three petitions questioning President Rodrigo Duterte’s proclamation of martial law in Mindanao, it will chart the course of how emergency rule will be implemented.

Florin Hilbay, a solicitor general in the previous Aquino administration, made the remarks in a news forum on Sunday after the court wrapped up three days of oral arguments on the issue and ordered the parties to submit their respective position papers by Monday.

The court is mandated to rule on the case by July 5 — or 30 days from the date of the filing of the petitions.

“The true battle will be against a future declaration of martial law,” Hilbay told reporters.

Hilbay said the concern over martial law was “not theoretical.”

“It’s a real concern because the President has spoken about the possibility of declaring a nationwide martial law, which is why we want to be clarified on the rules based on the decision of the Supreme Court,” he said.

Hilbay is among the 330 lawyers who petitioned the high court to compel Congress to convene a joint session to debate the proclamation that Mr. Duterte issued on May 23 as Islamic State-allied militants laid siege to Marawi City.

Legislative and judicial reviews are institutional mechanisms designed by the framers of the 1987 Constitution to prevent a repeat of dictator Ferdinand Marcos’ abuses after he declared martial law in 1972, Hilbay said.

This process, he said, gives the public the chance to be informed as to the basis of a martial law declaration.

“What we are simply saying is that the institutional mechanisms set in place by the 1987 Constitution should be respected,” he said.

“It is not to question the martial law powers of the President, which is a constitutional power. It is to question potential abuses,” he added.

He said the decision of the Senate and the House of Representatives to independently issue their support for Proclamation No. 216 was a “blatant violation” of the Constitution.

Extending martial law beyond the borders of Mindanao was an option of the President, he said, but it would again be subject to the mechanisms imposed by the Constitution.

Former Presidents Corazon Aquino, Joseph Estrada and Benigno Aquino III did not declare martial law when faced with military coups or when they launched military offensives in Mindanao.

On Dec. 4, 2009, then President Gloria Macapagal-Arroyo declared martial law because of the Maguindanao massacre. but she lifted it nine days later.

Hilbay declined to speculate on how the Supreme Court would rule. “The justices may opt to leave a legacy of protecting our democratic institutions,” he said.

Brig. Gen. Restituto Padilla, spokesperson for the Armed Forces of the Philippines, on Monday dismissed fears prompted by Mr. Duterte’s remarks during the weekend that should he declare martial law for a second time, it “could be a copycat” of Marcos’ authoritarian rule.

“Well, definitely the President will not be referring to abuses. He may refer to the breadth and the depth of how to impose it but I guess it’s not because of the abuses,” Padilla said in a press briefing.