Everything OK at Okada after ‘small fire’ 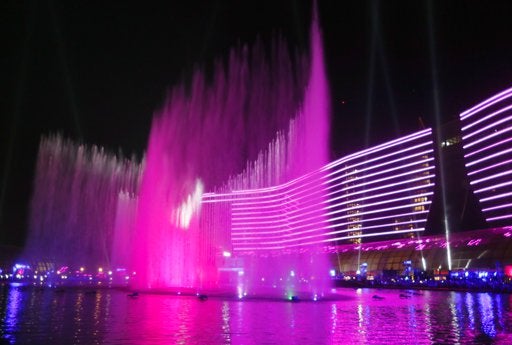 MANILA — An electrical fire disrupted the operations of a casino-hotel in Parañaque on Monday morning but the blaze was quickly put out.

Inspector Wilson Tana, the Parañaque Bureau of Fire of Protection investigation chief, said a small fire occurred on the ninth floor of the hotel building of the Okada Manila at 10:05 a.m. along New Seaside Drive, Entertainment City in Barangay Tambo.

Fire Officer 2 Gennie Huidem said guests of the Okada noticed smoke along the 9th floor hallway, and the emergency team of Okada traced the fire from a 1.5-meter service cable wire attached to the airconditioning system.

Tana said the fire was contained by Okada’s fire extinguishers.

“As a standard safety precaution, our security team activated our emergency response procedure and evacuated our guest and team members,” Okada Manila said in a statement at 1 p.m.

“The incident was quicky contained and Okada Manila is now back to its normal operations,” it added.

Asked if the smoke alarms worked, Tana said, “Hindi na kailangan kasi maliit lang naman yung sunog.” (There was no need for the smoke alarm as the fire was small.)

No fire alarm was raised and the estimated damage was P1,000, as the cable wire was the only property burned.

On June 2, casino high-roller Jessie Carlos set on fire the casino gaming room at the second floor of Resorts World Manila in Pasay City. Carlos eventually holed up in a room in adjacent Remington Hotel and then shot and burned himself to death.

Thirty-six employees and guests were found dead due to suffocation from inhaling smoke. The tragedy led to investigations whether there were fire safety and security lapses on the part of Resorts World Manila.

A probe of the House of the Representatives also discovered that the BFP was stopped from enforcing fire-related laws at Resorts World and other casinos, when it was placed under the jurisdiction of the
Philippine Economic Zone Authority.  SFM