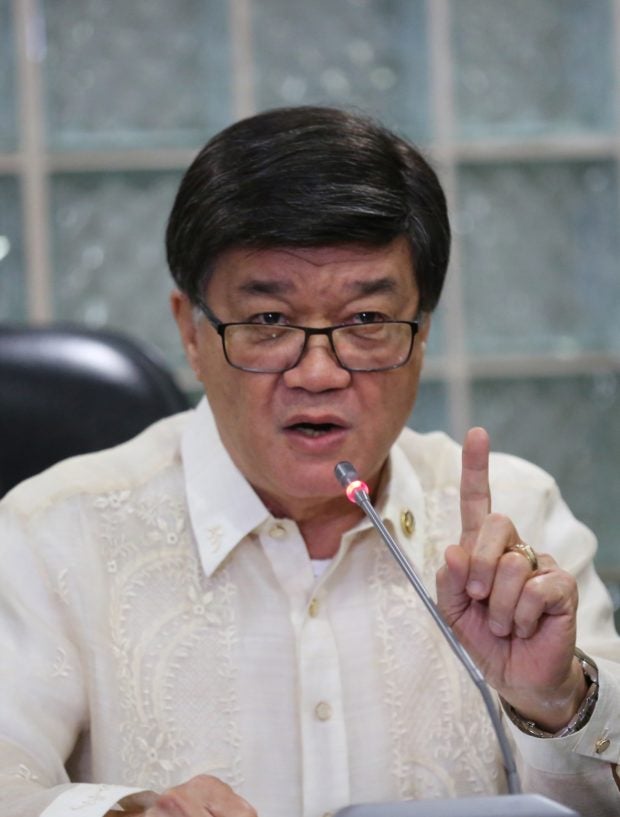 MANILA — Chief Justice Maria Lourdes Sereno has expressed her support to the plan of the Department of Justice (DOJ) to hold the trial of arrested members of the Maute terror group in a jail facility inside a police camp in Taguig City, Justice Secretary Vitaliano Aguirre II said on Monday.

Speaking with reporters, Aguirre said he met with Sereno on Monday and discussed the security concerns that the DOJ raised regarding the detention and prosecution of the terrorists being held for carrying out the Islamic State-inspired attack in Marawi City on May 23.

“In all probability, instead of moving the trial to the Taguig RTC (Regional Trial Court), it would be held right inside the jail (facility),” Aguirre told reporters.

He was referring to the tightly guarded Special Intensive Care Area (SICA) located inside Camp Bagong Diwa in Bicutan, Taguig.  The jail facility is being run by the Bureau of Jail and Management Penology under the Department of Interior and Local Governments

Curiously, the prison compound was briefly seized by a group of Abu Sayyaf terrorists during a foiled jailbreak in March 2006, which led to the killing of notorious Abu Sayyaf leader Ghalib Andang, alias Commander Robot, and 22 other inmates.

Aguirre said the chief magistrate also wanted a speedy trial for the Maute members and even offered the facilities of the Philippine Judicial Academy for the training of DOJ prosecutors tasked to handle the case.

“I am going to reorganize my panels (of prosecutors) because (they) should be composed of Metro Manila prosecutors who will undergo immediate training on continuous trial,” he said.

Theodore Te, the Supreme Court spokesperson, clarified that the high court has not formally acted on Aguirre’s request to move the trial of the arrested terrorists to Taguig from Cagayan de Oro City RTC.

“The Supreme Court has not met to consider the request of (Aguirre) so the previous resolution stands,” Te said in a text message to the Philippine Daily Inquirer.  SFM