Frustration probably made Duterte say he would pull out Marawi troops 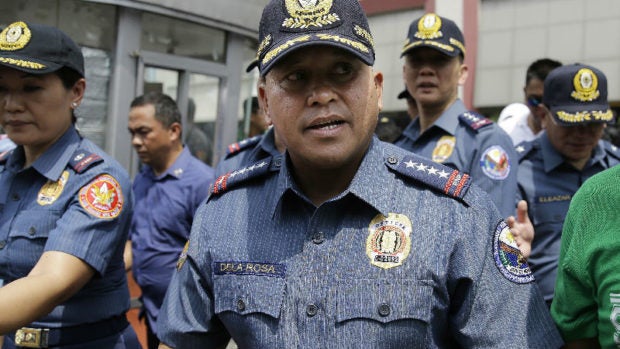 Director General Ronald “Bato” dela Rosa, chief of the Philippine National Police, said President Rodrigo Duterte might just be expressing his frustration when he said that he was going to withdraw government troops in Marawi City if the Supreme Court could not find factual basis for his declaration of martial law in Mindanao.

Dela Rosa made the statement to reporters in an ambush interview in Calamba, Laguna on Monday. The PNP chief was in Calamba, hometown of Jose Rizal, to lead the commemoration of the 156th birth anniversary of the national hero.

Over the weekend, Duterte threatened to pull out government troops fighting Maute terrorists in Marawi if the SC would decide against his declaration of martial law.

He said, however, that if rebellion would hit Mindanao and other parts of the country again he might be forced to declare martial law again without consulting anybody.

“There is no telling when it would end,” Duterte added.

This declaration of martial law could be a “copycat of Marcos,” referring to the dictatorial regime of the late Ferdinand Marcos, which was marred by human rights abuses, arbitrary killings and detention.

Despite these statements, Dela Rosa said he believed Duterte would still respect the decision of the high tribunal, whatever it might be.