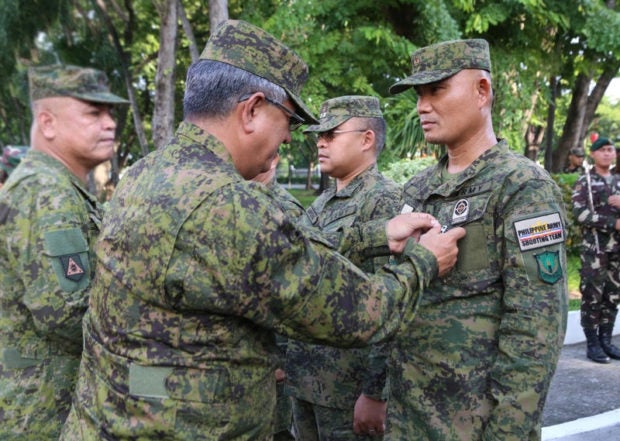 The Philippine Army on Monday honored its soldiers for bringing home medals from the Australian Army Skills Arms Meeting (AASAM) during the flag-raising ceremony at Fort Bonifacio.

The team was composed of the following military personnel:

These Army shooters competed in the AASAM 2017 held at the Combined Arms Training Center in Puckapunyal Military Area in Victoria, Australia on May 12 to 26.

The team won four golds, four silvers, one bronze and two perpetual trophies. They competed with 19 international teams in the tournament and won medals in the following matches: