Death toll of gov’t forces in Marawi rises to 62 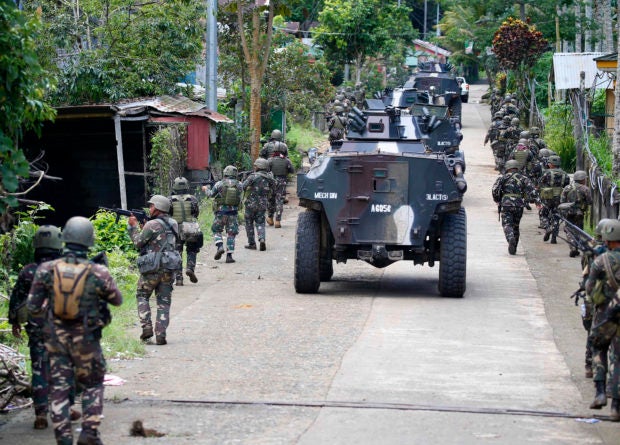 Government troops head to the frontline in the fighting between government forces and Muslim militants in Marawi City. (AP File Photo/Bullit Marquez)

MARAWI CITY – The military has incurred three additional casualties during the past 72 hours, bringing the total government death toll to 62 since the crisis here started on May 23.

Lt. Col. Jo-ar Herrera, the spokesperson of the Army’s 1st Infantry Division, said soldiers also killed a total of 257 gunmen as of Monday.

He said ground troops continued to gain more foothold as the fighting entered its 27th day.

Herrera said the military also called in another battalion of soldiers as efforts to flush out the Maute and Abu Sayyaf gunmen continued. JE/rga