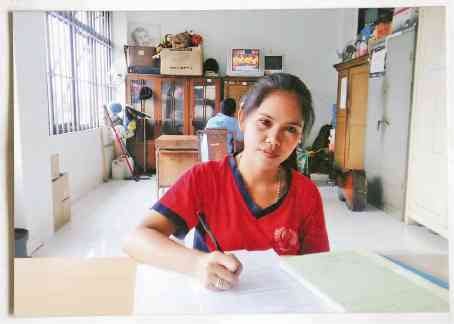 CABANATUAN CITY — The family of drug trafficking convict Mary Jane Veloso has urged the Court of Appeals (CA) to lift an order that prevented prosecutors from securing her deposition at a Yogyakarta prison in Indonesia, arguing that there may be no more time left before her death sentence is carried out.

“No damage can be irreparable as what Mary Jane stands to suffer — to be muzzled before she is silenced forever, to die without ever being heard,” said the motion for reconsideration filed on June 16 by the Veloso family through the National Union of Peoples’ Lawyers (NUPL).

Veloso was convicted for smuggling heroin into the Adisucipto International Airport in Yogyakarta in 2010. Her death sentence was postponed in 2015 so she could participate in the human trafficking trial of her suspected recruiters, Ma. Cristina Sergio and Julius Lacanilao, in Nueva Ecija province.

But the appeals court’s 11th Division granted the petition of Sergio and Lacanilao to restrain a local court from taking Veloso’s testimony abroad. The two asserted their constitutional right to face their accuser and said they would be denied the opportunity “to timely object to [the] manner of questions asked of the deponent [while in Indonesia].”

“If there is someone who can invoke such urgent necessity to prevent such irreparable damage, it should be Mary Jane,” the Veloso family said in the petition. —WITH A REPORT FROM ARMAND GALANG