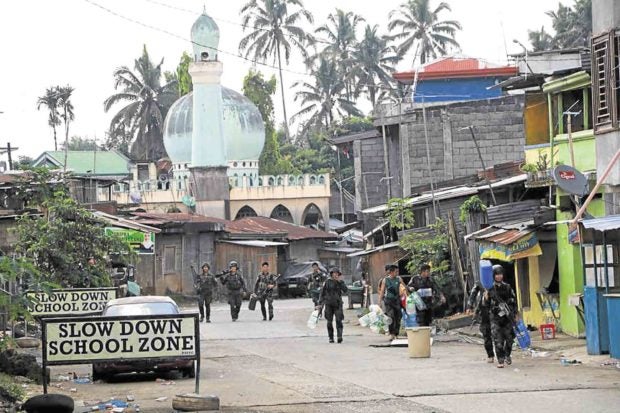 Five policemen and five civilians who were trapped in the stronghold of the Maute Group were rescued by combined security forces in Marawi City on Tuesday, the military said.

No other details were given about the rescue.

Armed Forces spokesperson Brig. Gen. Restituto Padilla told Radyo Inquirer that 202 militants and 26 civilians have been killed in the ongoing conflict that enters its fourth week tomorrow, Wednesday. A total of 58 have been killed on the government side.