Faces of the News: Cayamora Maute 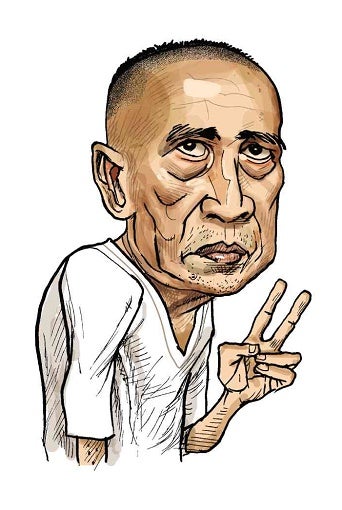 While his sons were holed up in war-torn Marawi after days of firefight, he was traveling in a van from Cotabato City to Tagum City for medical treatment along with his second wife, daughter and a driver for hire.

Everything was going smoothly until they reached a checkpoint in Sirawan, Davao, where soldiers recognized him as the father of Omarkhayam and Abdullah Maute, who had allied with Islamic-State group regional leader Isnilon Hapilon to lay siege to Marawi.

He looked ill and harmless, flashing a peace sign to journalists at a police headquarters.

On Friday, police arrested Ominta Romato Maute alias Farhana, the matriarch of the Maute clan, at a checkpoint in Masiu, Lanao del Sur.