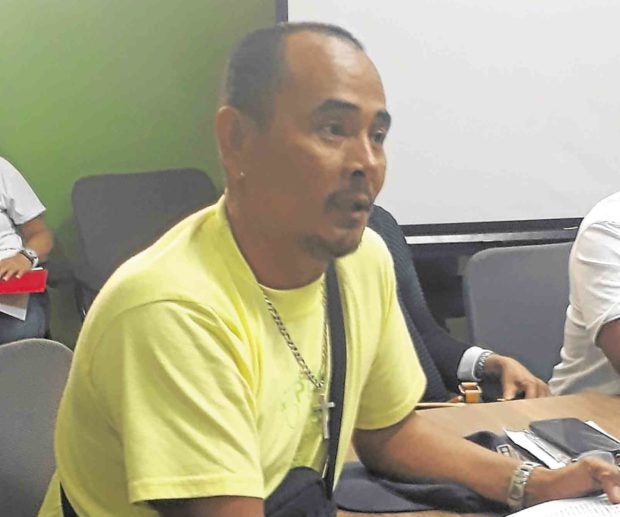 PUERTO PRINCESA CITY — For Rogelio Villanueva, life was good on the bank of the tranquil lake atop the hills of Sta. Lourdes because he never ran out of food.

“I would go out every day to catch fat tilapia. Some days I’d catch as much as 50 kilos,” he said.

But two weeks ago, he and other residents nearby were told to stop fishing in the lake.  The fish, they were told, were found to have high levels of mercury.

Villanueva’s family, along with some 70 other households in the area, also have to be evacuated, according to the recommendation of a government study that described the lake as a main contaminant of mercury in the entire village.

When a team from the Department of Health (DOH) came to their place several months ago as part of a mines rehabilitation initiative being undertaken by the Mines and Geosciences Bureau (MGB), Villanueva and his eldest son volunteered to undergo testing to determine if they had been contaminated by the mercury found in the 3-hectare wide Pit Lake. The findings were recently completed and presented to the city government.

“I tested positive, and so did my eldest son. Maybe my whole family is also positive,” he told the city council during a public hearing.

Pit Lake is on top of Sta. Lourdes overlooking Honda Bay, a short drive north of the city proper. It was formed when rainwater accumulated in the deep crater created by Palawan Quicksilver Mines Inc. (PQMI) back in the 1970s, when the company was the country’s sole producer of mercury cinnabar, a toxic mineral known for its bright red pigment.

PQMI folded up in 1975 when demand for mercury sagged. Aside from Pit Lake, its operations also left another crater that the city government converted into a landfill in the early 1990s.

Back then, PQMI was extracting cinnabar ore and shipping it to Japan. During its operations, the company would  dump most of its excess ore into the nearby bay, forming a jetty or breakwater that has now become a wharf built around the tourism attractions in Honda Bay.

The MGB identified Pit Lake as one of the main sources of mercury contamination in the area, affecting not just the village of Sta. Lourdes but the adjacent barangay of Tagburos connected by Tagburos River. The two villages have a combined population of over 10,000 residents.

The coastal area of Honda Bay facing Sta. Lourdes, which ranks second only to the Underground River as the most visited natural attraction in Puerto Princesa, is contaminated with mercury as well, according to several studies. It is common knowledge largely ignored by the local residents.

In fact, Villanueva’s main reaction to the medical findings on him and his son was anger.  He argued that many people had lived around the place longer than him without any health consequences.

Like most residents at the city council meeting, Villanueva was suspicious of the recommendation that residents leave their homes, suggesting that the former mining company and other land claimants merely wanted to evict them from the property.

“We are wondering why it is only now that they want to evacuate us if they knew about the mercury all along. They should have closed that Pit Lake a long time ago. Now that many people have settled there, they want to evict us,” he said.

Local officials have also grudgingly responded to the MGB’s and Department of Environment and Natural Resources’ (DENR) recommendation. The city government itself withheld the MGB study from the public for two weeks. 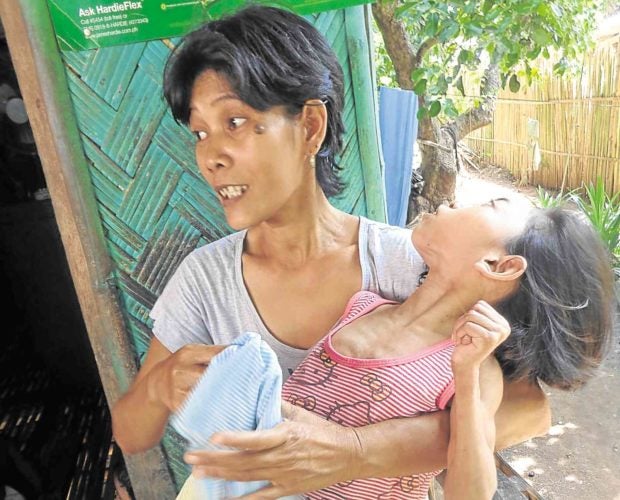 “We want to hear it from the DOH and the DENR for us to better understand the problem,” city councilor Jimmy Carbonnel said.

The study, with fieldwork conducted in 2016 until early this year, concluded that most residents of Sta. Lourdes and Tagburos had abnormally high levels of mercury and other harmful metals in their body.

“Mercury contamination [around Pit Lake and Sta. Lourdes coastal] is blatant especially in the lake, considering that the level of mercury on fish flesh exceeded … the allowable value of mercury which is 0.5 mg/kg pursuant to the United States Environmental Protection Agency standards,” the report added.

Manuel Dicar, a community organizer whose first wife Grace died of mercury poisoning, was taken aback as well by plans to evacuate the residents.

The proposal called for transferring the wharf to another location away from its contaminated surroundings, said Dicar, who helped form a local cooperative in the Honda Bay jetty to provide organized ferry services to tourists on island-hopping tours. He and Grace, also a migrant from southern Palawan, had three children.

“They have not done any consultation in Honda Bay about [evacuation],” he said. The plan will displace around 300 families and cripple a major chunk of the city’s tourism industry, added this president of Honda Bay Boat Operators Association Inc.

Manuel said that while people in Sta. Lourdes had been warned about mercury poisoning, many still relied on the marine products gathered from its coasts for sustenance.

“A lot are still consuming the fish caught here. The problem is no one is focused on strictly imposing the fishing prohibition. Pakikinas (shellfish gathering) is still going on,” he said.

There is no question though about the serious health complications involved. “My wife Grace died of mercury poisoning. She suffered for three years before she died,” Manuel said.

Grace was diagnosed early on with mercury poisoning by Dr. Antonio Socrates who helped her get treatment, Manuel said.  She later succumbed to complications triggered by the mercury in her blood.

Marivic Edradan, 43, looked sadly at her daughter Nikka, 14, who cannot speak and has deformed limbs. She said the doctors had diagnosed her child for cerebral palsy but the girl, who looks too small for her age, was not undergoing any treatment.

“I used to pan for mercury at the riverbank and sell them to traders here,” Marivic said, adding that she had not received any medical attention from the government for suspected mercury poisoning. She was not among those tested for mercury contamination.

Officials of Sta. Lourdes said there were similar cases like Nikka’s. “There are many children in the village whose symptoms are similar to the Minamata disease,” said Rogelio Valena, a councilor of Sta. Lourdes, who promised to include Nikka in a government-funded treatment program agreed upon following the result of the health study.