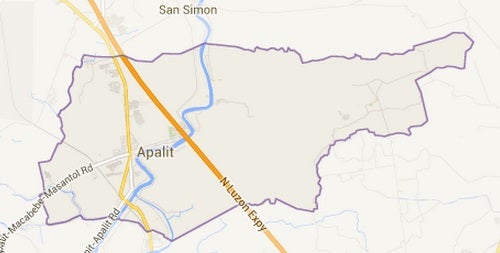 CITY OF SAN FERNANDO, Pampanga—The police shot dead four alleged members of a gun-for-hire syndicate during a shootout in Apalit town in Pampanga at 3 a.m. on Friday (June 9).

Riding two motorcycles, the suspects posed as cops to try to avoid a checkpoint that police set up in Colgante. They fired at policemen as they sped away.

But they were killed in the ensuing firefight.

The four men supposedly belonged to the Basilio Criminal Group that operates in Nueva Ecija and Pampanga.

The police recovered four guns, four identification cards including one that belonged to Police Officer 1 Rustan Cinco, two motorcycles and a photograph of a certain Mayor Arvin Salonga scribbled with a note, “Mayor Arvin Salonga 300K.”

It was not clear whether the photograph referred to the mayor of San Antonio town in Nueva Ecija.