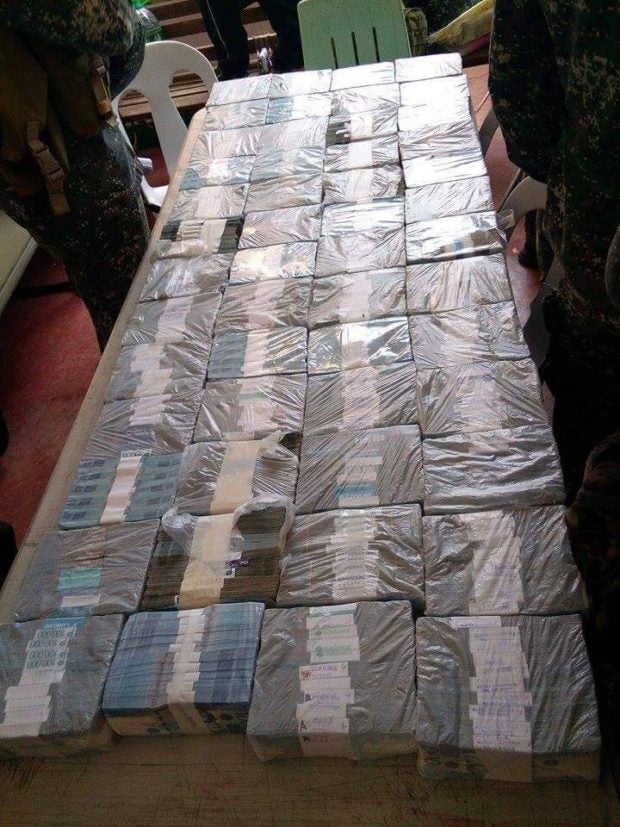 Cash and checks amounting to P76 million are discovered in one of the houses in the besieged city of Marawi. PHOTO FROM PHILIPPINE MARINES

ZAMBOANGA CITY—Philippine Marine soldiers on Monday recovered almost P76 million in cash and cheques kept in a vault in one of the houses of a local businessman in Marawi City, military officials announced Tuesday.

Brigadier General Custodio Parcon, commander of Task Group Marawi, told the INQUIRER that they recovered the cash and cheques during the military’s clearing operations against the Maute snipers and machine gun post on Saklot Street, Barangay Saduc in Marawi City.

The soldiers also recovered an M16 Armalite rifle from the house that was used as sniper’s post.

But Parcon said they still could not say if Dimaocor has links with the terrorist group.

“We cannot tell their relationship with the Maute, it is still under investigation,” Parcon said. JPV/rga