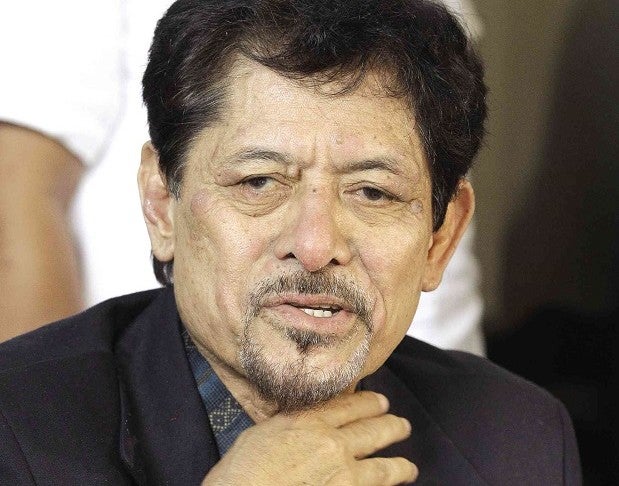 The Sandiganbayan has issued a hold departure order (HDO) against former Autonomous Region in Muslim Mindanao (ARMM) Governor Nur Misuari, the leader of a faction of the Moro National Liberation Front (MNLF), in connection with his malversation and graft charges over the anomalous procurement of P115.2 million-worth of educational materials in 2000 and 2001.

In a resolution, the anti-graft court’S Third Division issued the HDO against Misuari and his co-accused.

With the court’s HDO, Misuari and the other accused will have to ask permission from the court if they want to travel abroad.

“The Court, in the exercise of its inherent power to use all means necessary to carry its order into effect, more effectively, to preserve and maintain the effectiveness of its jurisdiction over the case/s and the person/s of the accused so as to render accused at all times amenable to its writs and processes… hereby orders the Commissioner of the Bureau of Immigration to hold the departure from the Philippines of the above-named accused and to include the name/s of said accused in the Hold Departure list of said bureau,” the court said in the order.

The Office of the Special Prosecutor under the Ombudsman filed three counts of malversation of public funds through falsification and three counts of violation of Section 3(e) of the Anti-Graft and Corrupt Practices Act against Misuari before the Sandiganbayan.

The prosecutors accused Misuari and his co-accused for misappropriating funds of the Department of Education-ARMM by falsifying requisition and issuing a voucher, purchase order, sales invoice, disbursement voucher, schedule of accounts payable, list of due and demandable accounts payable-external creditors, to make it appear a procurement was made.

But prosecutors said the following goods were not delivered, causing undue advantage to the contractors and causing undue injury to government:

In ordering the filing of criminal charges against Misuari, the Ombudsman cited the findings of the Commission on Audit (COA) that the payment to five suppliers of textbooks and educational materials were irregular and were conducted without public bidding.

The Ombudsman listed the following flagrant red flags in the procurement: lack of public bidding; undated and unnumbered procurement documents; absence of contracts, inventory and distribution lists; undue haste in the purchase of goods showing the rigged bidding; and non-compliance with eligibility requirements by the suppliers.

Misuari has a standing warrant of arrest for rebellion and violation of Republic Act 9851 or the Philippine Act on Crimes Against International Humanitarian Law, Genocide, and Other Crimes Against Humanity, for leading the MNLF’s deadly siege in Zamboanga city in 2013 that left 200 dead.

The Department of Justice however has expressed interest in lifting Misuari’s arrest warrant in a bid to restart stalled peace talks with the MNLF.

Misuari tells Duterte: Thanks for ‘restoring my freedom’