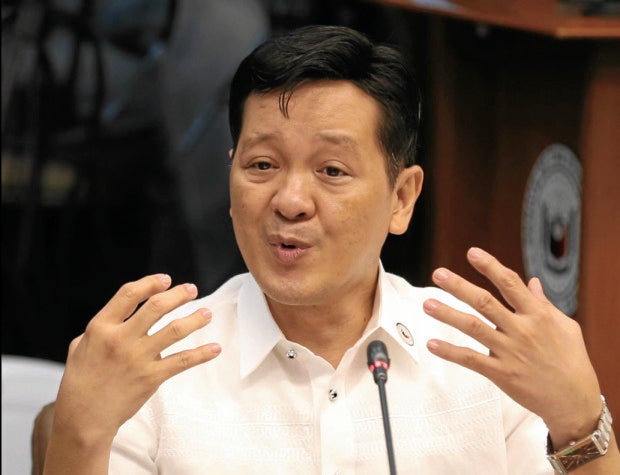 During the scheduled pre-trial on Monday, division chairperson Presiding Justice Amparo Cabotaje Tang was told that the parties have yet to issue a joint stipulation of facts.

During the pre-trial proper, both the prosecution and defense panels meet to mark their exhibits of evidence and prepare the list of witnesses in preparation for the trial proper.

The court thus gives way to the presentation of evidence to try Vitangcol for graft for allegedly awarding without public bidding the MRT-3 maintenance contract to Philippine Trans Rail Management and Services Corp. (PH Trams), more than a year after the court found probable cause.

“Parties likewise manifested that they are willing to terminate the pretrial without prejudice to the submission of joint stipulation of facts,” Tang said in her order.

Tang said the pre-trial order will be issued after the parties submit the joint stipulation of facts.

Tang reminded the parties to follow the schedules allotted to them because the anti-graft court would be strictly implementing the Supreme Court’s revised guidelines for continuous trial.

“The court will be strictly guided with the revised guidelines of the Supreme Court on continuous trial… No excuses… The court will not allow any cancellation of setting… You have to operate within the settings given to you,” Tang said.

Ombudsman prosecutors charged Vitangcol with graft for allegedly causing undue injury to government when he failed to disclose that one of the incorporators of PH Trams – Arturo Soriano – was his wife’s uncle.

He was accused of violating Sections 3(e) and 3(h) of the Anti-Graft and Corrupt Practices Act and Section 65(c)(1) of the Government Procurement Reform Act, arising from the anomalous MRT-3 interim maintenance contract.

According to the Ombudsman, Vitangcol used his powers and authority as general manager, chief end-user, head of the negotiating team, and member of the Bids and Awards Committee (BAC), all at the same time, “to dictate the proponents invited for the preliminary negotiations” of the maintenance services.

Vitangcol also “intentionally hid his [affinitive] relationship with Soriano, which would have automatically disqualified PH Trams,” the Ombudsman said.

According to the Ombudsman investigation, the contract was awarded to PH Trams in a negotiated procurement on Oct. 2012 even though there was no emergency situation to justify it.

The contract, which was renewed three times until Sept. 2013, was worth $1.15 million monthly.

Securities and Exchange Commission records also showed that PH Trams was two months old when the project was awarded, having been incorporated only on Aug. 2012 with a paid-up capital of only P625,000.

Vitangcol earlier asked the court to pin down his boss former Transportation Secretary Jun Abaya, who as Vitangcol alleged was cleared by the Ombudsman even though Abaya signed the notice of award to PH Trams. The court has denied his request for the prosecution to admit this on record.

Vitangcol also faces a separate graft trial for allegedly extorting $30 million from the Czech firm Inekon in exchange for contracts with the railway system. This after the Sandiganbayan Sixth Division denied his motion to quash his graft charges.

Vitangcol was sacked in 2014 after he was accused of conflict of interest when he awarded a contract to the firm of his wife’s uncle and after news reports came out of his alleged extort try on Inekon. JE/rga

After graft rap due to MRT fiasco, Vitangcol pins down Abaya

Vitangcol to start trial for extortion