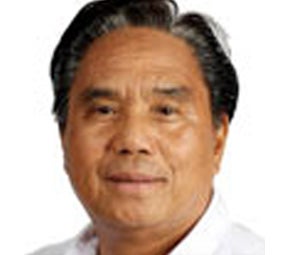 BAGUIO CITY—Mountain Province Rep. Maximo Dalog passed away at 2 a.m. at a Manila hospital on Saturday (June 3), according to sources from his home province.

Dalog had been confined at the National Kidney and Transplant Institute when his transplanted organ began to fail, said Lyn Madalang, executive director of gender rights group Ebgan which operates in the capital Bontoc town.

His family has not yet issued a statement as of press time.

Dalog, who represented the lone district of Mt. Province, was known for filing House Bill 6034, which obliges bus companies to provide free use of toilet and other services for passengers in bus terminals.

READ: Solon pushes for free use of comfort rooms in bus stations

Dalog earlier castigated bus firms for collecting fees from people who would use toilets located in bus stations. He said bus companies should end the said practice, saying that they should always prioritize their passengers’ safety and comfort.

The measure seeks to prohibit bus companies, operators and owners of bus stations and terminals, bus stops and rest areas from collecting fees for use of their comfort rooms and other service facilities or face stiff fines.

Dalog became a congressman in 2010 and won again for reelection during the 2013 elections. He was on his last term, after winning the 2016 elections, which should have ended in 2019.

Dalog also served as governor of the province. JPV