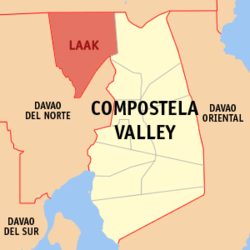 The military has yet to issue a statement on the allegation.

The Antays, according to Palabay, are members of the Nagkahiusang Mag-uuma sa Laak (United Farmers of Laak).

Last March, three members of the militant farmers’ group were murdered by unidentified assailants in Laak.

Karapatan had blamed the military for the killings, a charge it vehemently denied.

Palabay could not say if the Antays have been released, and that the rights group was waiting for updates from their kin, as of Wednesday.

The latest arrests came amid calls by progressive groups and other sectors for President Duterte to lift the imposition of martial law in Mindanao, citing fears of abuses by security forces against civilians.  SFM