30 gunmen fire on soldiers in Zambo Norte; hundreds flee, no one hurt 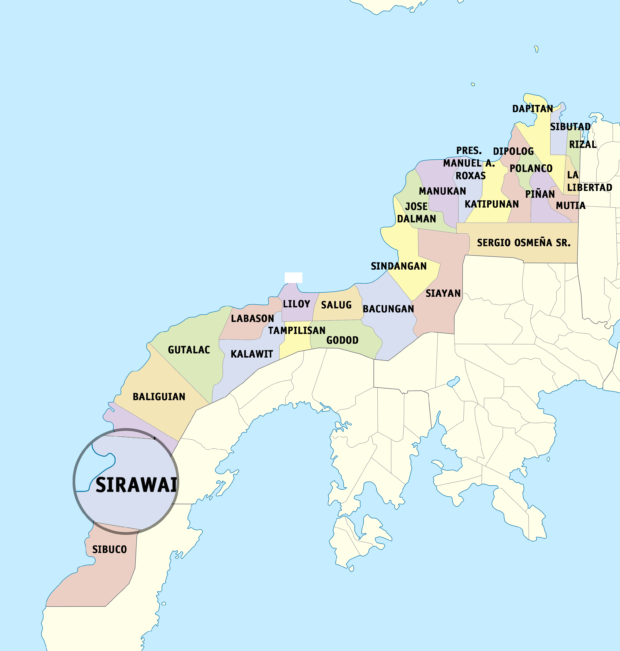 Chief Supt. Billy Beltran, police chief for Western Mindanao, said the still unidentified armed men “pretended to be members of the Philippine Army, positioned themselves at the back portion of the 42nd IB Bravo company camp and opened fire at the soldiers.”

After the initial attack in Barangay Doña Cecilia, the armed men moved to Panabutan village, also in Sirawai.

Beltran said the military used airstrikes “at the back of the said camp where enemies positioned on the higher ground” at around 1 p.m. Tuesday.

As of 5 p.m., Janihim said more than 100 families from the barangays (villages) of Sipakit, Panabutan and San Vicente had evacuated to the gym in Panabutan.

He said no one was hurt in the fighting and airstrikes.

He said the armed men were led by Jamilun Wahab, but could not say the group’s affiliation.

“It has nothing to do with what’s happening in Marawi. This is a different group,” he said.  SFM