2 fugitives from Or. Mindoro jailbreak nabbed; manhunt on for 2 others | Inquirer News
Close
menu
search

2 fugitives from Or. Mindoro jailbreak nabbed; manhunt on for 2 others

Another fugitive has surrendered to local businessman and set to be turned over to police
By: Madonna T. Virola - Correspondent / @mvirolaINQ
Inquirer Southern Luzon / 11:55 AM May 30, 2017 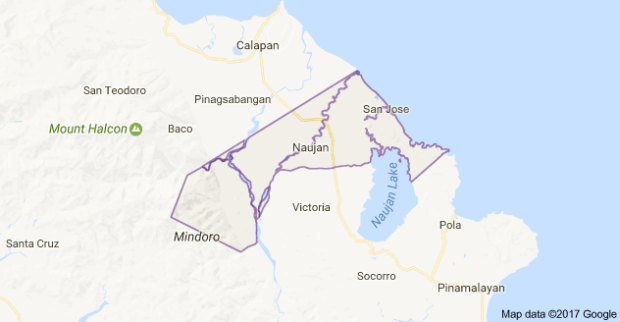 CITY OF CALAPAN — Two inmates who escaped from the town jail of Naujan in Oriental Mindoro on Sunday were arrested by the police on Monday as the manhunt continued for the rest of the five prisoners still at large, as of Tuesday.

Inmates Anianas T. Dalisay and Toribio O. Mercado were both arrested in Naujan after they escaped their holding cells with other inmates Remegio Orfrecio, Marlon Genabe, and Marvin Montemayor at around 1:30 a.m., a report from Mindoro, Marinduque, Romblon, Palawan (MIMAROPA) police said.

As of this writing, police are still pursuing two other escaped detainees Montemayor and Orfrecio.