The Armed Forces of the Philippines (AFP) on Monday said there is nothing wrong with President Rodrigo Duterte’s willingness to accept help from members of the Moro National Liberation Front (MNLF) in fighting terrorists like the Maute group.

Duterte on Saturday told soldiers that MNLF founder Nur Misuari sent him a letter offering help in going after the Maute group, which attacked and burned down parts of Marawi City. 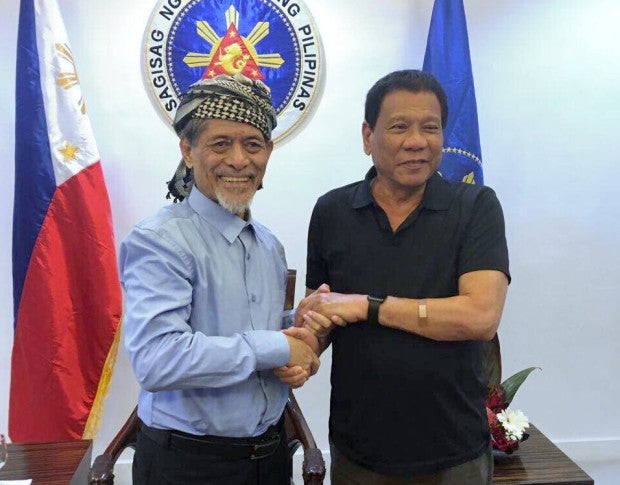 Padilla said it is not a new concept and that he encourages former enemies to join forces with the government and the Filipino people.

Abella said Misuari’s offer is “an example of rising above self-interest to close ranks against a brutal foreign enemy – the ISIS – which is both anti-Islam and anti-Filipino and, thirdly, anti-humanity.”

“So we appreciate that. It all depends now between the AFP and the MN how to best operationalize the offer,” he said.

Meanwhile, Padilla said security forces are monitoring the BIFF, another armed group based in Mindanao, which is providing support to the Maute group.

“They have in fact have tried to cause some diversionary activities in the areas where they are right now,” he said.

As for the New People’s Army, which has been ordered by the Communist Party of the Philippines to intensify attacks in Mindanao, Padilla said the military is ready for them.

He said there have been recent attempts to assault certain camps, which has been the case in the past. JPV/rga