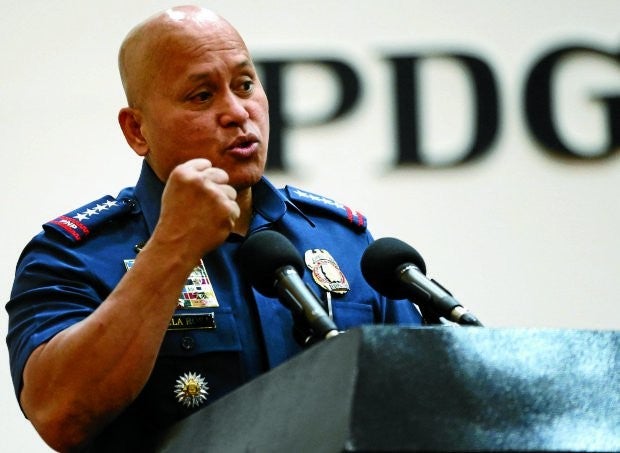 In a press briefing on Monday, Dela Rosa said that the Maute group—the self-styled ISIS supporter which has besieged Marawi City in Lanao del Sur since last week—were known to have “protected” drug lords as early as last year.

“Even before July 1, when I assumed my post and announced that drug lords should surrender, we received information that majority of drug lords here in Metro Manila, Luzon and Visayas went to Marawi to hold a ‘drug summit.’ And they were protected by the Maute group and narco-politicians,” Dela Rosa said, during the briefing at the PNP headquarters in Camp Crame, Quezon City.

The siege on Marawi was a spillover of a military operation in the city to capture Isnilon Hapilon, an alleged leader of the ISIS in the Philippines. The ensuing conflict prompted the declaration of martial law for rebellion over the entire Mindanao.

Duterte’s report on his martial law declaration, submitted to Congress, stated that “illegal drug money” was being used to provide “financial and logistical support” to the Maute group.

Dela Rosa alleged “mutual” protection and support between the Maute group and narcopoliticians. “They are all subject to our operations in this martial law period,” Dela Rosa said.

Dela Rosa, however, appeared stumped when asked about President Duterte’s statements alleging that the siege was in retaliation for a government raid on a drug laboratory owned by the father of the Maute group’s leaders, brother Oman and Abdullah Maute.

“We’ll check that,” Dela Rosa said, after a long pause.

Dela Rosa, however, was quick to deny the President’s statements that the Maute brothers were former policemen in Manila dealing in drugs. “They’re not police…they just act like they are (pulis-pulisan) to protect drug lords. That may be why the President said that,” Dela Rosa said, in Filipino.

Duterte earlier said he might issue a general order to authorize troops enforcing martial law to also go after drug traffickers, despite constitutional limits to martial law  only allowing invasion or rebellion as basis. The heavy-handed campaign against illegal drugs has been the  administration’s centerpiece program.

Dela Rosa also opted to remain mum on Duterte’s earlier claim—proven incorrect—that a local police chief had been beheaded by the Maute group. Dela Rosa said he was not at liberty to discuss operational matters. “But we suffered casualties: fatalities and injuries,” the top police official said.

“I just advised [police in] all regions across the Philippines to prepare public safety forces to reinforce Marawi when needed….But right now, those providing reinforcement [in Marawi] are police public safety units of  Regions 10 and 12. Most of the operating batallions of the Special Action Force are also there,” Dela Rosa said.  SFM/rga