PNP-IAS to submit findings on policewoman linked to Abus 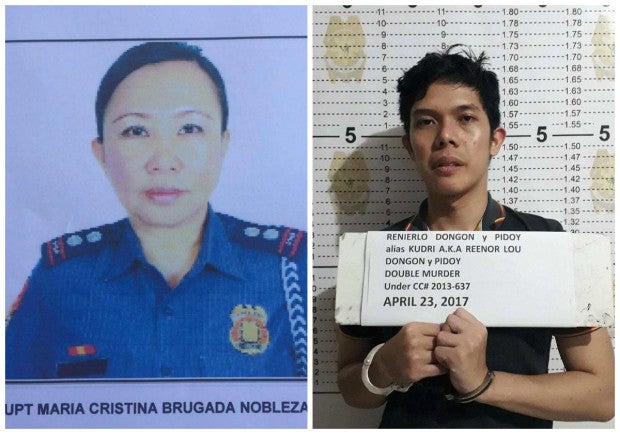 On May 22, IAS Inspector General Alfegar Triambulo said they would submit to Dela Rosa in 15 days the findings and recommendations on the charges against Supt. Ma. Cristina Nobleza.

“We will start weighing the evidence and in 15 days, we will submit the resolution to the PNP chief,” Triambulo said. (This means the report will be submitted either first week or second week of June.

He said Nobleza was given 10 days to submit her “position paper” explaining her side on the charges against her.

“Those 10 days expired (on May 22). Before we file a case against  a respondent, we evaluate the evidence gathered by investigators,” Triambulo said.

The two were arrested after a chase as their vehicle did not stop at a police checkpoint in Clarin town.

“She was with a terrorist and was carrying a gun without papers. She also fled from her post,” Triambulo said.

“That is not the proper conduct of an officer. That is grave misconduct unbecoming an officer,” he added.

Triambulo said that Nobleza complained that the IAS was “in a hurry” to resolve her case.

The IAS chief said he explained that the National Police Commission required them to resolve cases as soon as possible.

Nobleza joined the PNP in 1996 and was assigned to the PNP Crime Laboratory until 2004, according to sources. The following year, she joined the PNP’s anti-smuggling task force, its anti-illegal gambling special operations task force, and the Philippine Anti-Crime and Emergency Response unit.

Nobleza was the chief of the intelligence operation division of the PNP’s Directorate for Intelligence from 2008 to 2011.

In 2012, she was reassigned to the PNP Crime Laboratory and deployed to the Bicol region.

From 2013 to 2014, she was a member of the Intelligence Group, the Presidential Anti-Organized Crime Commission (PAOCC) and the Office of the Chief PNP.

She was assigned to the now-defunct Anti-Illegal Drugs Group in 2016.

PNP Director General Ronald Dela Rosa earlier said that Nobleza could not claim that she was doing intelligence work for the PNP when she was caught with Dongon.

“That is not sanctioned by the PNP. I must be informed (of such operations) and I did not sanction that.”  SFM/rga