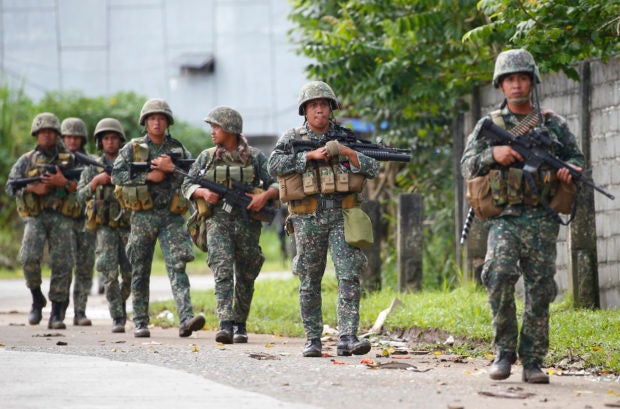 Philippine marines walk to the frontline in the continuing assaults to retake control of some areas of Marawi city Sunday, May 28, 2017 in southern Philippines. (AP Photo/Bullit Marquez)

Philippine forces say they now control most of a southern city where militants linked to the Islamic State group launched a bloody siege nearly a week ago.

Presidential Spokesman Ernesto Abella said Monday that only small areas of Marawi are under militants’ control.

The crisis in Marawi, home to some 200,000 people, has grown increasingly dire as the militants show unexpected strength, fending off  the military that has unleashed attack helicopters, armored vehicles and scores of soldiers.

On Sunday, Philippine forces said they found corpses in the streets, including at least eight civilians who appeared to have been executed by the militants.