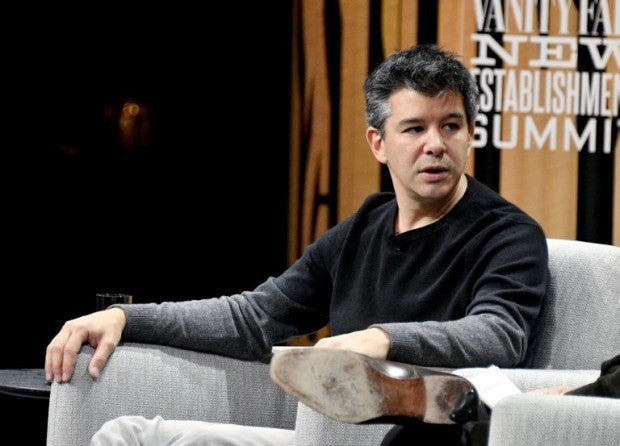 Co-founder/CEO of Uber, Travis Kalanick. The mother of Travis Kalanick, founder of the on-demand ride service Uber, was killed in a boating accident and his father was seriously hurt, authorities and a company official said Saturday. AFP FILE PHOTO

The mother of Travis Kalanick, founder of the on-demand ride service Uber, was killed in a boating accident and his father was seriously hurt, authorities and a company official said Saturday.

An initial investigation showed that Bonnie Kalanick, 71, died Friday after the boat she was in struck a rock in Pine Flat Lake near the central California city of Fresno, the Fresno County Sheriff-Coroner’s Office said in a statement.

“Last night Travis and his family suffered an unspeakable tragedy. His mother passed away in a devastating boating accident near Fresno and his father is in serious condition,” an Uber representative said in a statement.

“Our thoughts and prayers are with Travis and his family in this heartbreaking time.”

Authorities responding to a call of a boating accident found Kalanick’s parents on the shore of the lake.

Kalanick’s father had moderate injuries, and his mother was dead, authorities said.

The boat sank in the lake and was to be retrieved to determine the circumstances of the accident.

“An autopsy is scheduled for Sunday. This remains an ongoing investigation,” the Fresno Sheriff-Coroner’s Office said.

Travis Kalanick runs privately-held Uber, which is valued at about $68 billion.

In the past several months, the company has been rocked by disclosures about a culture of sexism, cut-throat workplace tactics and the covert use of law enforcement-evading software.

Kalanick, known for taking a hard line in battles with regulators and taxi operators, has been humbled by recent events which included the release of a dashcam video showing him berating one of Uber’s drivers./rga