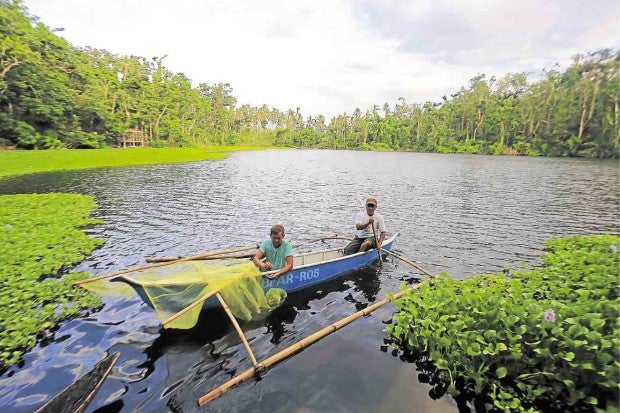 BUHI, CAMARINES SUR—The world’s smallest edible fish, locally called “sinarapan,” is slowly disappearing due to overfishing in Lake Buhi in Camarines Sur province, and the absence of a systematic and scientific way of protecting and propagating the species.

Municipal officials are struggling to bring back the once thriving species of sinarapan (Mystichthys luzonensis), which has placed Buhi town on the world’s fisheries and tourism maps. Buhi, a first-class town (average annual income: P55 million or more) of over 77,000 people, has been known for this unique fish in its lake, created centuries ago when Mt. Asog erupted.

The sinarapan, considered the smallest commercial fish in the world with an average length of 12 millimeters, belongs to the Goby family. It can also be found in Lake Bato in the town bearing the same name and in two smaller lakes—Manapao and Katugday—in upper Buhi at the foothills of Asog.

“I want the sinarapan to be seen by tourists in the waters of Lake Buhi,” Mayor Margarita Moran Aguinillo says. “Tourists are really asking to see the sinarapan [in its natural environment] because that is what the town is known for.”

The local government, however, cannot show the fish to them the way Donsol town in Sorsogon province is beaming for the “butanding” (whale shark), the world’s biggest fish, in its surrounding waters. All it can do, Aguinillo says, is show off the sinarapan in an aquarium at the lobby of the municipal hall.

Overfishing from the 1980s to the 1990s almost decimated the sinarapan, prompting the local government to continuously impose a fishing ban, says Ronelo Leal, lake development officer. Dried sinarapan, considered a local delicacy, is openly sold in Buhi for P100 per 250 grams.

The presence of fish cages put up by tilapia growers is also believed to have contributed to the decline in the fish population.

The Department of Environment and Natural Resources (DENR) measured the lake’s baseline area at 1,800 ha.

WQMA, an agency headed by the DENR with representatives from the National Water Resources Board, the offices of the governor and mayor, and village leaders as members, is tasked with protecting and improving the water quality of Lake Buhi under Republic Act No. 9275, or the Philippine Clean Water Act of 2004.

When local officials started regulating the number of fish cages, several operators simply removed the structures from the floats and posts, and hid them at the murky bottom of the lake. “When the heat of enforcement cools down, some fish cage operators resurfaced their fish cages which we have no count at present,” Leal says.

Edwin Salvamante, senior environmental management officer who sits in the WQMA, sought the continued dismantling of fish cages outside the designated areas, including those installed in navigational zones. This would be done in partnership with the Bureau of Fisheries and Aquatic Resources, with possible funds coming from the provincial government of Camarines Sur, he says.

Talks will be carried out between the agency and the National Irrigation Administration (NIA) to check the water control structure that regulates water discharge from the lake to the Tabao River. The NIA taps water from Lake Buhi for irrigation channels going to rice fields in the fifth district of Camarines Sur.

WQMA will also deal with the presence of illegal dwellings on the lakeshore, set up a wastewater treatment facility, install monitoring stations for chemicals discharged by farms, and relocate the public market and abattoir away from the lake.

It has approved a 10-year action plan that will benefit the revival of the sinarapan. 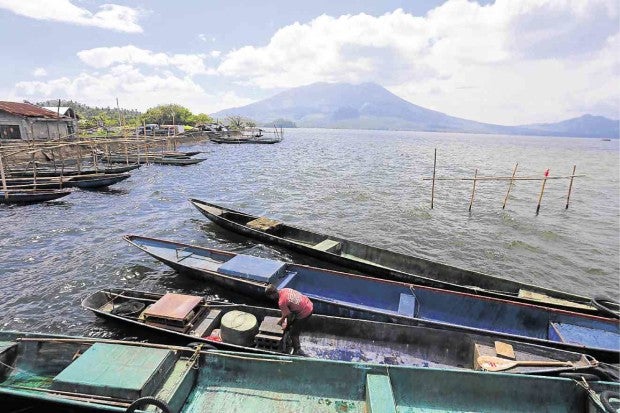 Aguinillo, a former councilor who is serving her first term as mayor, says she wants a study conducted to determine the spawning season and behavior of the sinarapan so the town can declare sanctuaries in more lake areas.

Funding for the maintenance of sanctuaries in Manapao and Katugday comes from 10 percent of the town’s development fund.

The mayor also wants to know the maturity stage and life span of the fish to set a fishing season once supply reaches “utilization level.” She recalls that in 2010, the council convened to talk about how to preserve and manage the sinarapan.

Leal notes little progress in repopulating Lake Buhi of sinarapan since ready-to-spawn fish were seeded in 2011. Seeding with sinarapan harvested from Lake Manapao was undertaken from November to December.

He says, however, that the fish is already seen in the 25-ha sanctuary in front of Barangays Ibayugan and Tambo. Six other villages surround the lake—Cabatuan, Salvacion, Poblacion, Sta. Cruz, Ipil and Iraya.

When water level is high, the fish appears on the edges of the sanctuary near hyacinth blooms, Leal says.

Bad water quality resulting from years of tilapia production has been a persistent challenge, he says. Silt from unconsumed feed has been piling up at the bottom of the lake.