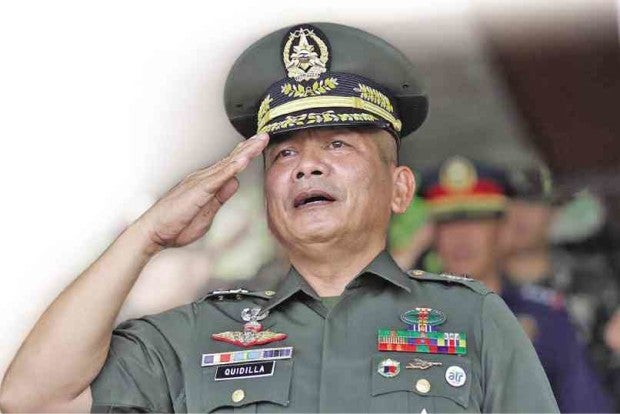 LUCENA CITY, Quezon – All military forces in Bicol and Southern Tagalog regions have been placed on red alert status.

Major Virgilio Perez, spokesperson of the Armed Forces Southern Luzon Command (Solcom), quoting Lt. General Ferdinand Quidilla, the Solcom commander, said the highest alert status, effective starting Wednesday, has been meant “to step up monitoring in possible areas targeted by the terrorist and other lawless armed group.” Perez did not identify the possible areas being targeted by terrorists groups.

“Red alert” means that all available units and equipment are ready for battle and instant deployment if needed.

On Tuesday night, President Duterte declared martial law in Mindanao after fighting raged in Marawi City between government forces and militants who pledged support for the Islamic State (IS) group.

Peres said they have not received reports on the presence of Maute group members or any IS-related organizations in Southern Luzon.

“But the AFP and PNP are doing target-hardening to prevent and suppress any terrorist plan in our area,” he said.  SFM