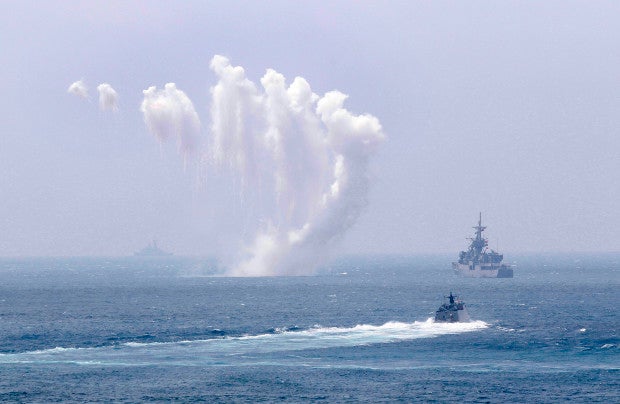 TAIPEI, Taiwan — Taiwan’s military has practiced repelling a simulated Chinese assault on an outlying island group as part of annual military drills addressing the threat from across the Taiwan Strait.

Units from the army, navy and air force were deployed for Thursday’s drills on the Penghu islands. They featured tanks, rocket launchers, assault helicopters and soldiers using shoulder-fired missiles to repel a force invading from across the 160-kilometer (100 mile)-wide strait.

The drills come amid heightened tensions with China, which claims Taiwan as its own territory to be brought under its control by force if necessary.

Taiwanese President Tsai Ing-wen observed the drills wearing a helmet and flak jacket and said they would improve command and cooperation between the different branches of the military./rga