Mindanao hospitals told to treat all Filipinos caught in conflict 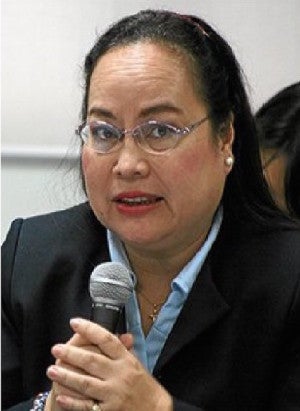 MANILA — The Department of Health (DOH) assured the public on Thursday that all its retained hospitals in Mindanao have continued to operate amid President Duterte’s declaration of martial law and have been instructed to observe the Geneva Convention by treating all Filipinos injured in the ongoing conflict in Marawi City.

“All DOH-retained hospitals are fully operational in Mindanao,” said Health Secretary Paulyn Ubial in a statement.

“We are confident that our hospital personnel  possess the necessary competence to carry out immediate measures, facilitate recovery efforts, and reduce the impact of any emergency event that may arise,” she added.

She reiterated the DOH’s commitment to promoting and safeguarding the health and well-being of all Filipino people, especially during times of crisis.

“The Department  of Health will certainly not discriminate against any sector of the Filipino population in the performance of its duty, whether the patients be on the government side or otherwise, especially when it comes to health-related emergencies,” Ubial stressed.

She called on the public to be vigilant and cooperative with efforts to deal with unexpected challenges in times of crisis.

Due to the unique nature of the state of Martial Law in the country, Ubial reiterated that it would stand by by the provisions of the Geneva Convention regarding hospitals and   health personnel.

The  Geneva Convention has outlined the standards for humanitarian treatment of populations in conflict areas, she said.

“The pertinent provisions state that ‘the wounded and sick, as well as the infirm, and expectant mothers, shall be the object of particular protection and respect,” Ubial added.

Furthermore,  the Convention has stated that civilian hospitals should, under no circumstances, be the object of an attack, she said.

The health secretary reminded all concerned  sectors, including armed combatants, to adhere to the provisions of the Convention by respecting the nature of healthcare workers as non-combatants, subject to protection and due respect in the carrying out of their duties.

“The  commitment  to  upholding the rights and protection to be accorded to hospitals, healthcare workers, and their patients in the time of conflict is key to minimizing the harm experienced by civilians during such difficult times,” Ubial said.

In light of this, she called on government agencies tasked to ensure the safety and well-being of healthcare providers and their patients to take heed of these provisions.  SFM/rga