Senators open to ‘martial law’ in Mindanao but guarded over rights 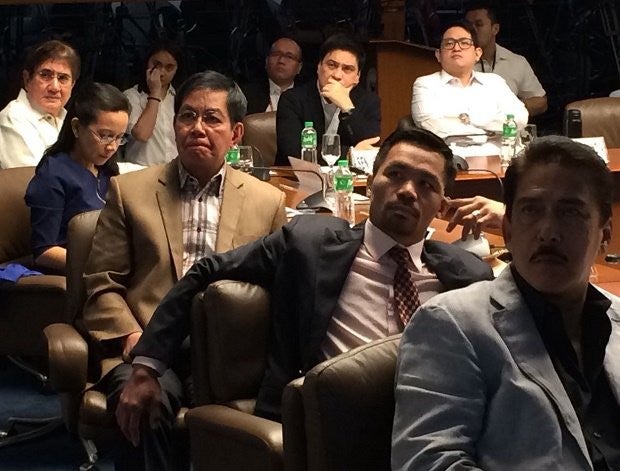 MANILA — Senators called on Wednesday, for calmness, prayers and at the same time vigilance and respect for the constitutional process following President Duterte’s declaration of martial law in Mindanao in response to clashes between government forces and the Maute Group in Marawi City.

“We have to wait for the report of the President in order for us to exercise our constitutional duty on the declaration of martial law. In the meantime, we ask everyone to remain calm,” Senate Majority Leader Vicente Sotto III said in a text message.

Sotto said information he got was that “other areas in Mindanao are affected by the presence of terror supporters.”

Sen. Panfilo Lacson said based on information he has been getting, “I would like to believe the President can justify the proclamation when he renders a report to the Congress within 48 hours, not to mention that only a simple majority of all members of Congress voting jointly is required to revoke the proclamation.”

Sen. Francis Pangilinan urged government forces to “contain and control a spillover of violence to other places.”

But as Pangilinan also sought cooperation of people on evacuation efforts, he also pleaded vigilance “in the face of martial law.”

“Our painful experience with the imposition of martial law under the Marcos dictatorship should serve as a reminder that we must, as citizens, stay vigilant as the awesome powers of government concentrated on the executive can lead to rampant abuses and this we must guard against,” Pangilinan said in a statement.

He also asked the government to respect the human rights of civilians.

Sen. Bam Aquino said they respect the decision of the President to declare martial law but “will ensure that the constitutional process is followed.”

“These dark days call for vigilance and solidarity,” Aquino said in a statement.  SFM