MANCHESTER, England — Manchester police said an apparent suicide bomber set off an improvised explosive device at the end of an Ariana Grande concert.

Investigators said the man who set off the explosive device died in the attack. It was not clear if the bomber is included in the latest death toll of 22.

Police said 22 people died in the attack Monday night while 59 others were wounded following the explosion at the Manchester Arena.

Chief Constable Ian Hopkins said forensic investigations are underway as police try to determine if the attacker had accomplices.

He did not provide any information about the individual who detonated the device. JPV/rga

READ: Children among 22 dead in blast at Ariana Grande concert 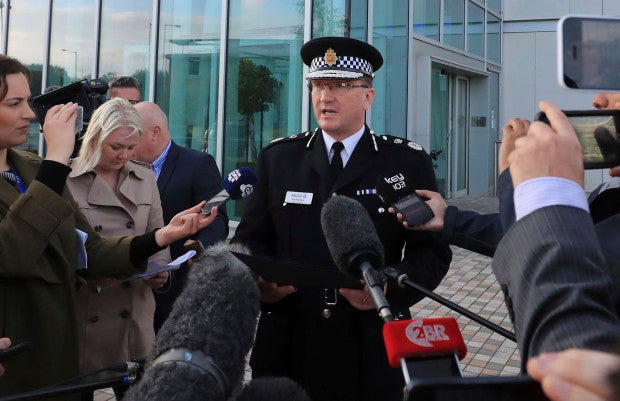 Greater Manchester Police Chief Constable Ian Hopkins speaks to the media in Manchester Tuesday May 23, 2017. Police say they are treating an explosion at an Ariana Grande concert in northern England as terrorism. (Peter Byrne/PA via AP)