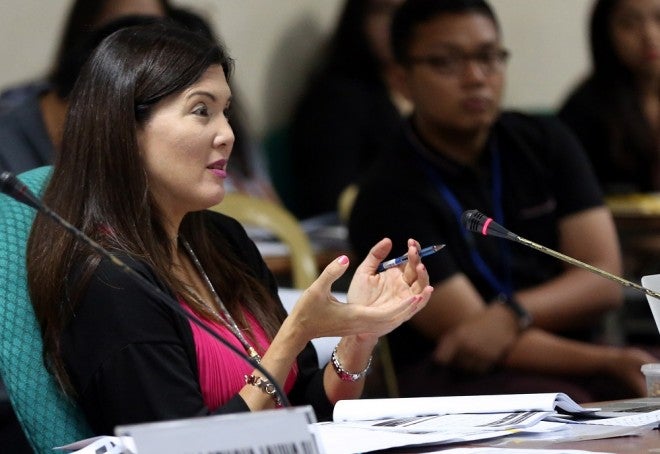 MANILA — Going against President Duterte’s wishes, lawmakers scrapped a proposal to lower the age of criminal responsibility from 15 years old to 9, opting instead to strengthen the juvenile justice law in a new version approved by the House justice subcommittee on Tuesday.

The subcommittee on correctional reforms voted unanimously, with one abstention, in favor of a substitute bill retaining 15 years as the minimum age Filipinos may be held criminally accountable, but with new provisions raising the penalty for adults who had coerced children into a life of crime.

Although the minimum age has not been lowered, the substitute bill changes the protocol for what to do with children 15 years and below who have been apprehended for violating the law.

Under the draft bill, the children shall be immediately turned over to the local social welfare development officer, who will assess if it is in their best interest to be released to their guardians, placed under foster care or in a youth care facility called “Bahay Pagasa.”

This is a marked departure from the Juvenile Justice and Welfare Act of 2006, which states that children below the age of criminal responsibility are to be promptly turned over to their parents or guardians.

Taguig City Rep. Pia Cayetano, one of the lawmakers who worked on the draft, said the bill took pains to impress upon children the importance of taking responsibility for their actions.

“Even if you are as young as nine or ten, you must be responsible for [your actions]. The law in a way has been taken advantage of and gives the impression that it’s okay for these children to violate the law,” she said.

Kabayan Rep. Ron Salo, who headed the technical working group that drafted the bill, said the penalty for adults found to have induced or coerced children into criminal activity has been doubled.

The bill raises the penalty for exploitation of children for the commission of crimes to up to a possible 30-year sentence, or reclusion perpetua, for inducing minors to commit offenses that are punishable by a prison term of six years or more.

Salo said there were two main objectives in framing the bill: to prevent criminals from using children and to inculcate in the minds of children they would ultimately be responsible for their actions.

But he said it was important, too, to consider the ramifications of very young children having a criminal record.

“Once branded as criminals, it’s almost impossible for these children in conflict with the law to redeem themselves in the eyes of society,” Salo said.

Mr. Duterte’s administration has pushed strongly for the passage of a bill lowering the age of criminal responsibility from 15 years old to nine, one of the priority bills in Congress.

In previous speeches, the President blamed the 2006 juvenile justice law and its author, Sen. Francis Pangilinan, for producing what he called “generations of criminals.”

But human rights and child rights advocates, as well as several government agencies, including the Department of Social Welfare and Development and the Commission on Human Rights, opposed the bill for violating the principle of social protection for children.

“There is a need to distinguish between making children responsible for their actions, and criminalizing them,” Social Welfare Secretary Judy Taguiwalo said in a letter to the House subcommittee in November.  SFM/rga