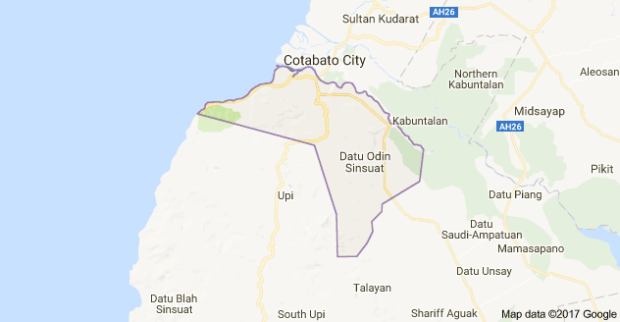 Elements of Datu Odin Sinsuat police, backed by operatives from the Criminal Investigation and Detection Group (CIDG) and the Army’s 19th Infantry Battalion, were to serve search warrants on Murad Ali’s safe house in Barangay Capiton when the suspect allegedly fired at the law enforcers

“He fired first at our law enforcers and it triggered a shootout,” Senior Supt. Agustin Tello, Maguindanao police director, said.

Army and police intelligence operatives said Murad Ali is Abu Mohammad in the BIFF and one of those trained by Malaysian bomb experts Zulkifli bin Hir and Filipino bomb maker Basit Usman.

The Malaysian bomber was killed during an elite police operation in January 2015 in Mamasapano, Maguindanao. That operation also led to the death of 44 Special Action Force members and 17 Moro rebels and civilians.

He was seen holding what looked like an improvised explosive device by his neighbors who tipped off the police.

An intelligence operation was conducted and after the information was confirmed, police sought search warrants before a local court.

Alibonga said the objective of the operation was to arrest him to face trial and intelligence gathering purposes.

Abu Misri Mama, speaking for the BIFF, said Murad Ali was a colleague but wondered why he was in Barangay Capiton.