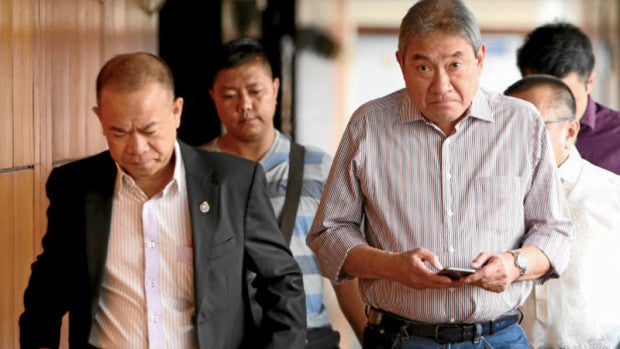 MANILA — A group of pro-Duterte anti-crime advocates called on the government, on Sunday, not to entertain any compromise deal with homegrown cigarette maker Mighty Corp., whose top executives were facing investigation for the alleged nonpayment of P36.5 billion in excise taxes.

The Volunteers Against Crime and Corruption (VACC) also urged the Duterte administration to revoke the business license of Mighty to send a stern warning to all tax evaders.

President Duterte previously said he would drop the criminal cases against Mighty owner Alexander Wongchuking if he would pay P3 billion, or double of what Mighty allegedly offered the government as settlement for its tax liabilities.

But Dante Jimenez, VACC founding chair, said such an arrangement would be “simply unacceptable” since Mighty’s actual tax liabilities could be more than tenfold of what Mr. Duterte had asked from Wongchuking as computed by the Bureau of Internal Revenue (BIR).

Instead of entering into a compromise agreement, he said the government could allow Mighty to settle its tax deficiencies through staggered payment, a proposal which the Chief Executive had already thumbed down.

“The government should just allow Mighty to settle its (tax) liabilities on an instalment basis instead of agreeing to a compromise amount that is way below the (assessed) amount (by the BIR),” Jimenez said.

“We, in the VACC, believe that… the assessed tax liability… should be collected in full. There should be no compromise when it comes to tax collections because our government needs money now more than ever,” he added.

The VACC leader said the money which the BIR could collect from Mighty would be put to good use by funding the President’s “Build, Build, Build” program, which the government claimed would foster the country’s “golden age of infrastructure.”

Last March, the BIR lodged a case against Mighty’s senior executives over their alleged failure to pay excises taxes amounting to P9.6 billion.

Two weeks ago, Wongchuking et al. were again the subjects of a criminal complaint filed in the DOJ by the tax bureau, this time for supposedly avoiding the payment of P26.93 billion in excise taxes.

In both cases, the BIR accused the Bulacan-based company of using spurious tax stamps on hundreds of thousands of cigarette packs it produced which were seized by authorities in several raids on Mighty’s warehouses.  SFM