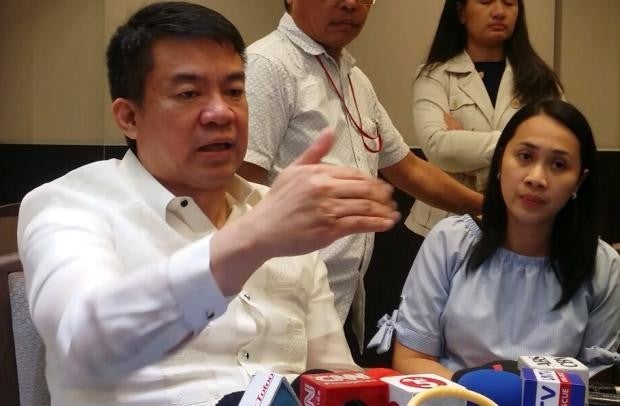 In a news conference on Wednesday, March 1, 2017, Sen. Aquilino Pimentel III explains to reporters why Senate security personnel are being recalled from the PNP Custodial Center, where Sen. Leila de Lima is detained. (Photo by TARRA QUISMUNDO/Philippine Daily Inquirer)

MANILA — Detained Sen. Leila de Lima is asking Senate President Aquilino Pimentel III to back her bid to seek occasional furloughs so that she could cast her vote in crucial landmark legislation.

In a letter to Pimentel dated May 11, De Lima asked for a “modicum of support from your office as Senate President or at least a semblance of assurance, that you do still care for your fellow Senators — under whatever circumstances they might find themselves in…”

“The minimum that I request is an expression of support for my desire to be occasionally be granted furlough by the court in charge of my detention, for purposes of voting on crucial landmark legislation, on a case-to-case basis,” she said in the letter released to the media by her office.

De Lima said this was the only available recourse for her since the Supreme Court had earlier ruled against detained lawmakers the privilege of attending all legislative sessions or hearings or being placed under the custody of Congress.

De Lima is currently detained inside a Philippine National Police facility in Camp Crame, Quezon City,, as she awaits trial for drug-related cases she had said were trumped up charges brought against her by the Duterte administration.

In her two-page letter, she told the Senate President she was seeking Senate help as she reminded that she has “not yet been stripped of my office, and no penalty has yet been imposed on me.”

De Lima noted that detained prisoners for one in recent elections had been allowed by the Commission on Elections to register as voters and vote in municipal and city jails.

She said this could be applied in her case as she has not been convicted of any crime and has continued to have the mandate of 14 million Filipinos who voted for her in the May 2016 polls.  She said she should exercise the right “to vote for them as one of the representatives in the Senate.”

“My right to vote therefore can be given effect by the mere expediency of supporting my request for occasional furloughs in order to attend Senate sessions and to cast my vote on crucial landmark legislation,” De Lima said. 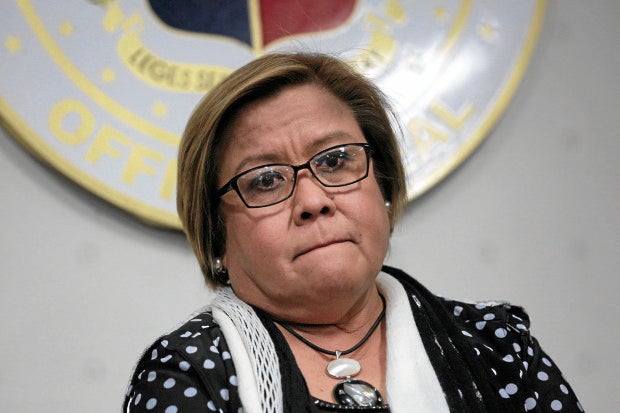 She said she did not think it would be too much to ask the Senate for help her in seeking furloughs from the court “since it is not merely to go to a birthday party or for any other personal reasons, but to attend to matters of legislation and sovereign representation.”

“The fact is I am still a Senator of Republic. It is only a question of whether you still consider me as one, to at least extend to me all the formalities of concern appropriate for a colleague who has found herself in unfortunate and most unjust circumstances,” De Lima added.  SFM