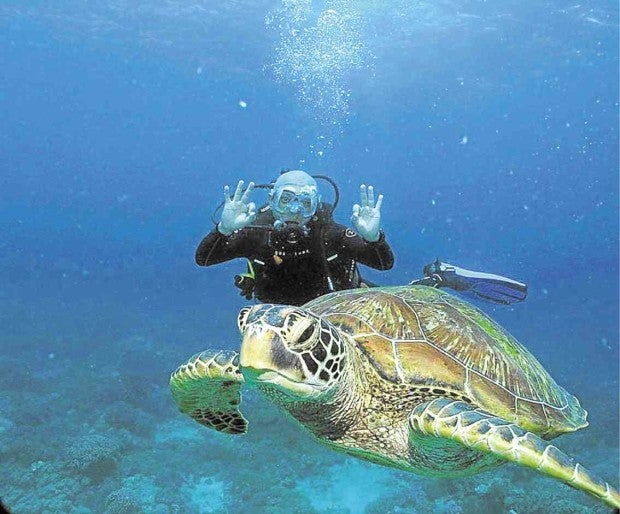 UNDERWATER PARADISE Apo Island’s reefs are home to at least 650 species of fish and other marine animals. —DONALD TAN

DAUIN, NEGROS ORIENTAL—Mary Jean Tabañera has long aspired to become a scuba diver. She would often see divers visiting the world-renowned Apo Island, off the coast of this town in Negros Oriental province, six years ago while working in her uncle’s dive resort as waitress or cleaner.

“I got interested in diving because I realized I had nothing to say to tourists whenever they would ask me about it,” recalled Tabañera, who was then in high school.

Completing a diving course and acquiring a gear was simply beyond her reach, however. Her father is a boatman while her mother helps tend the small retail store of an older sister.

Tabañera had the chance to pursue her dream when the former barangay captain of Apo Island and a dive instructor, Mario Pascobello, began an open water dive course in 2013 for children in the village so they would be able to guide tourists in dive activities.

“They were passing around this blank sheet for kids like me who were interested to learn diving,” she said. They were only swimming and playing in the sea then, but did not have skills for anything else in the water.

Tabañera was in the third batch of 25 children who signed up in her uncle’s Future Apo Kids Program.

“At first, our aim was just to keep the children productive during their summer break,” Pascobello said. “Through the years, some kids had lost interest, others got pregnant and had to attend to their newborn, but a number of them have continued to train with us.” 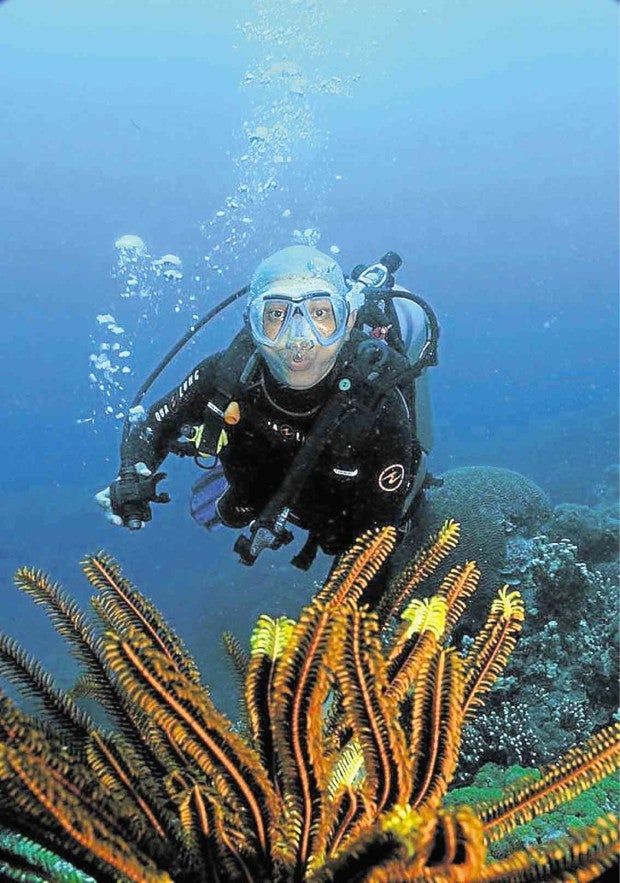 In 2014, the program got a boost when Pascobello tied up with a French group called Plongeurs du Monde (Divers of the World), which provided dive training services and some equipment for free. A more substantial training program was developed to include environmental awareness, with the support of then Dauin Mayor Rodrigo Alanano.

Training to ultimately become a dive master, including equipment and manual, costs about P111,000 per student, Pascobello said.

Tabañera, along with the rest of her batch, has undergone training for the past five summers, describing the activities as “harsh.” These involved being under the heat of the sun, plunging deep into cold waters, and then surfacing to face the heat anew.

“Underwater, we were taught skills like buoyancy, how to equalize, how to clear our masks, tank regulator recovery,” she recounted excitedly.

She worried about getting sun-burned.

“It’s not a joke for a girl to be so dark from too much sun; but once you complete one dive course, you get so exhilarated you forget about the sunburn,” Tabañera said. She said she would always convince her friends, “Tan will fade; memories last forever.”

Now 21 and taking up a hotel and restaurant management course at Foundation University in Dumaguete City on a scholarship as a volleyball varsity player, Tabañera and five other Apo youths—Sheim Grace Alam-alam, Mark Cyrel Mendez, Joery Suan, Gerald Tuayon and Justin Lloyd de Vera—obtained their certificates as dive masters from Professional Association of Diving Instructors after completing a 15-day intensive training this summer. 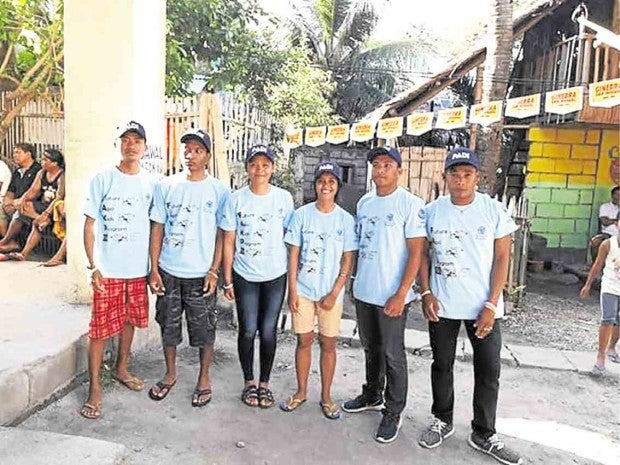 As dive masters, they can organize dive trips, conduct and supervise recreational diving activities, and assist dive instructors in conducting training programs and activities for certified divers. They can also serve as emergency first responders.

“I am scared but I am also excited,” Tabañera said.

“Hope floats for these promising young deep-sea divers who [learned] not only the nitty-gritty of scuba diving but also deepened their appreciation of marine life,” said Laurent Martin, head of Plongeurs Philippine Mission during the graduation ceremonies held on Apo Island on April 22.

The advocacy of teaching diving to children in coastal communities started when divers from France, Switzerland and Belgium got together to train families devastated by the 2004 tsunami in Sri Lanka. They have since expanded their activities to Apo Island where they have been diving yearly since 2011.

“We’d like to help raise their awareness for the protection of the environment and attain economic freedom by gaining a professional skill in diving,” said Roger Gugliemi, 61, a Plongeurs founding member.

“The training for professional diving is a great way to keep the young people from illegal drugs, and provide them with opportunities for career advancement,” Pascobello said. 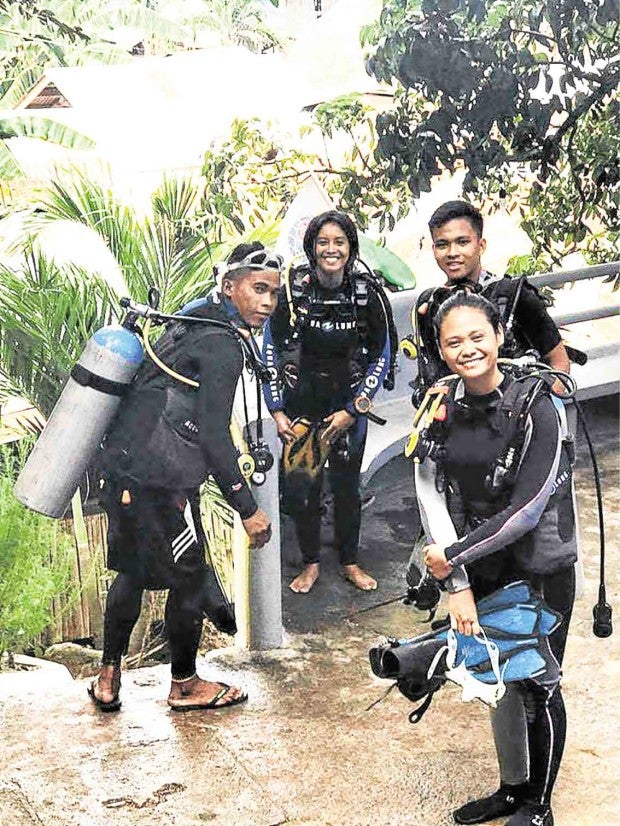