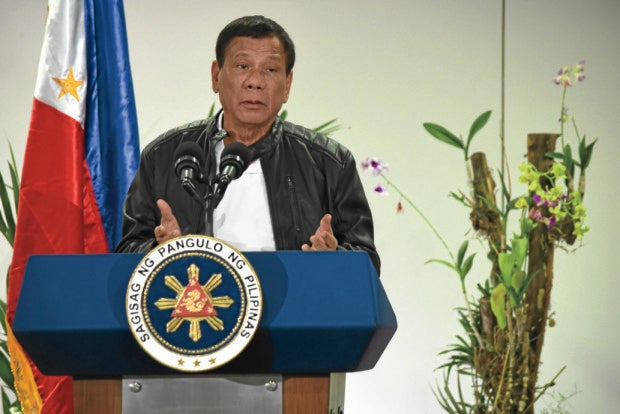 MANILA — Contrary to reports, the Bureau of Internal Revenue is not auditing President Duterte’s income tax return (ITR) despite an increase in his net worth in 2016.

In a statement Thursday, the BIR categorically denied the report that came out (not in the Philippine Daily Inquirer) quoting an unnamed official as saying that “like any other individual taxpayers, the President is not immune from investigation.”

Internal Revenue Commissioner Caesar R. Dulay said on Thursday he was “not aware of any ongoing investigation or review of the ITR of the President” as he had “not authorized anyone to conduct one as of today.”

Also, Dulay said that “only his office and the BIR’s official spokesperson can come out with statements on matters concerning the BIR.”

Based on the President’s 2016 statement of assets, liabilities and net worth, his net worth rose by P3 million mainly due to contributions to his presidential campaign in 2016 that were left unspent.

“That’s surplus money that does not have a purpose anymore. I don’t know who gave it to me. This is just a small amount. I declared that as income… because it was already there in my hands,” Mr. Duterte told reporters in Hong Kong recently.

“That’s an excess income. Look at the returns, it’s all there even the SALN. I paid income tax,” the President added.

Under BIR rules, all candidates, political parties as well as party-list groups that received taxable contributions or donations must file their income tax returns as well as pay their corresponding taxes due with their respective revenue collection officers or through authorized agent-banks.  SFM/rga